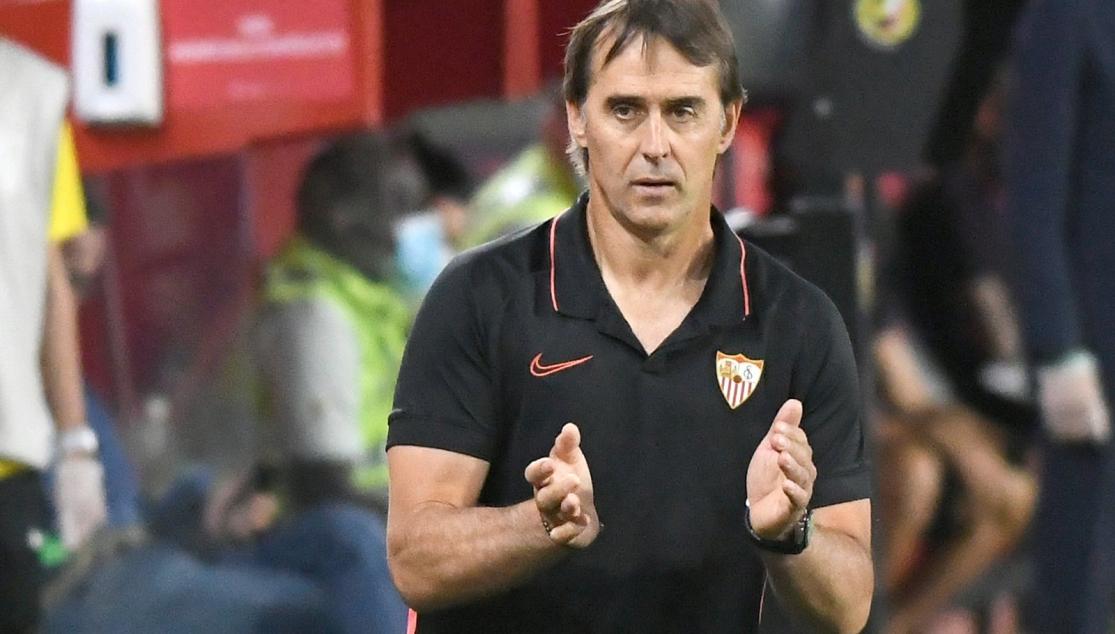 LOPETEGUI: "THE TEAM WERE RIGOROUS AND DISCIPLINED"

The manager spoke positively about the point against FC Barcelona

Julen Lopetegui spoke to the press after the draw against FC Barcelona at the Sánchez-Pizjuán. "Anything that gets us points is always positive, both the draw the other day and today we were close. We've gone from less to more, we lacked a bit more composure, but the team was rigorous and disciplined. We were able to win, being better in the second half".

He spoke of the high level of performance often shown by his players during the match against a very tough opponent: "Barcelona force you to live with the situations that present themselves. We found it difficult in the first half, and we had clear chances to win the match in the second half".

He was also asked about the substitutions he made, and he was satisfied with the performance of those who did come off the bench: "You always make changes with an idea in mind. Both those who started and those who came off the bench are participants in this point. We had very chances clear to win and we're coming away with a draw".

The manager's mind is already on Monday's trip to the Estadio de La Cerámica: "Villarreal are now in the fight, they're a very good side and it will be a difficult match in less than 72 hours. We'll try to recovery and put out a competitive side".