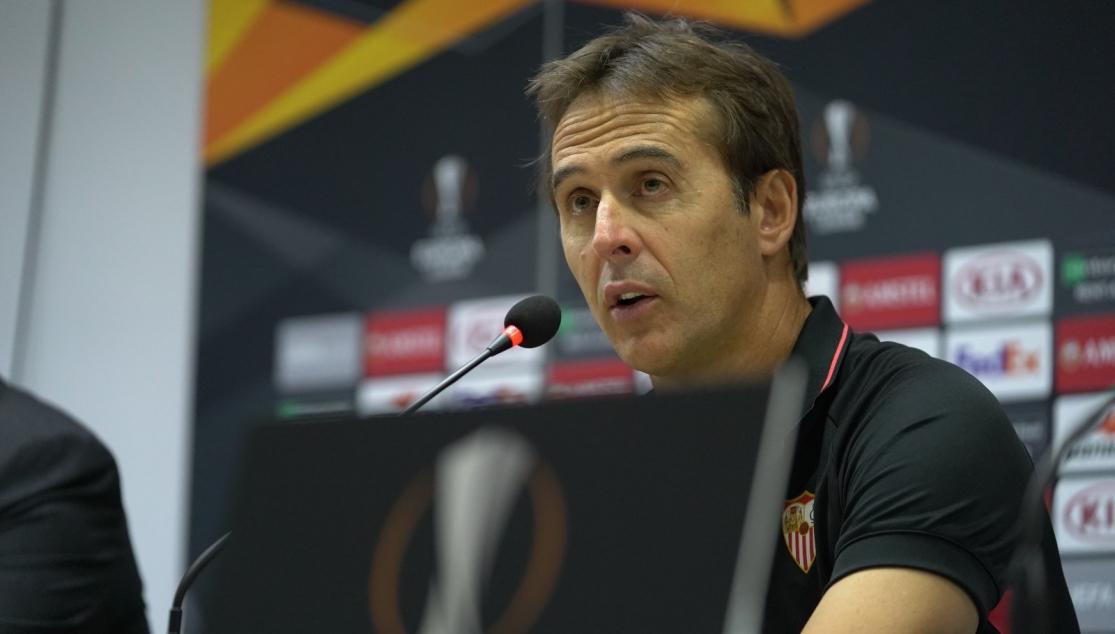 LOPETEGUI: "WE HAVE TO TAKE ADVANTAGE IN EVERY MATCH SO THAT WE PICK UP THE THREE POINTS"

"The lads worked really well, they are all going to play, and they are needed here"

Julen Lopetegui was satisfied after a comfortable win for Sevilla FC in their European opener against Qarabag: "The team has done a very good job, against a difficult opponent, who were in good form and made us defend and attack well, and work hard in a match where we had to wait for our chances. The team deserved the three points and after the first goal it became a bit easier for us".

The team played at a high standard despite a much-changed side from the one that started in Vitoria: "We have the responsibility of managing a team, a squad. The lads worked really well, they are all going to play, and they are needed here. Some changes are completely necessary. All those who have played, they have shown that they are ready".

The team picked up a fourth straight away win, and once again kept a clean sheet: "Winning away is very difficult. Here, they press you, they have good players and a lot of experience in Europe. So, they made us play a good match both defensively and in attack. Apart from one chance in the first half, we controlled that half very well and we had a number of chances, but we couldn't take the lead. In the end, once we got that first goal, it became easier".

"It is so important to win and continue doing so, especially at a difficult ground. There are six matches and we have to take advantage in every match so that we pick up the three points".

Now the team is focusing on the league match against Real Madrid: "As soon as we board the plane, we will begin to think about that match, but now it is time to rest".

First team
THE BANEGA FAMILY, WITH THOSE MOST IN NEED IN ROSARIO DURING THE PANDEMIC
Leer más
END_OF_DOCUMENT_TOKEN_TO_BE_REPLACED