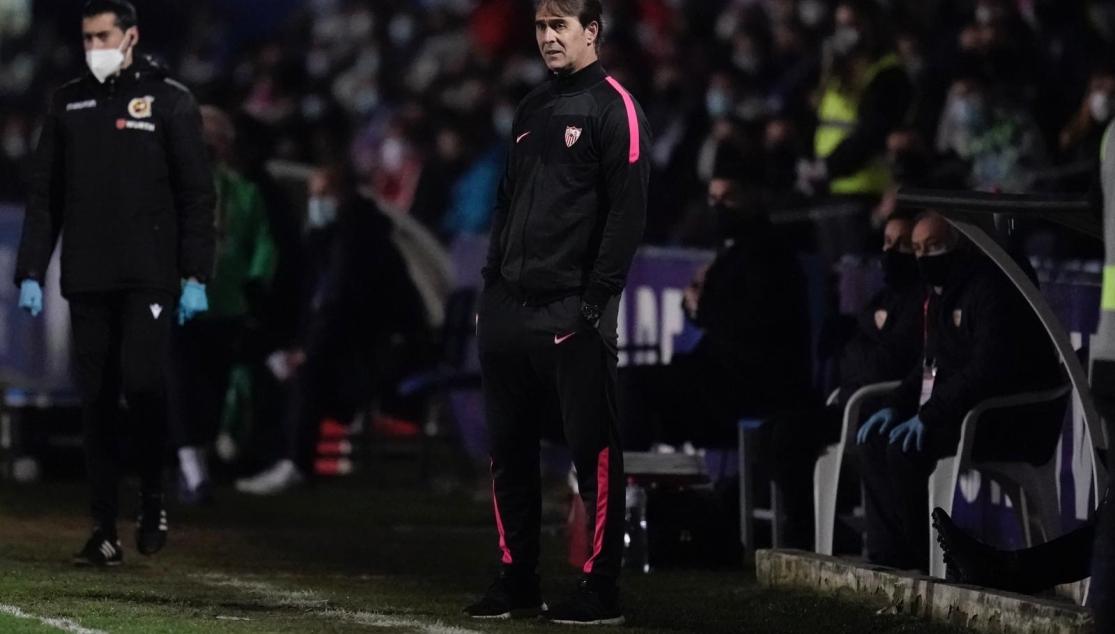 LOPETEGUI: 'THE GOAL BEFORE HALF TIME HELPED US RELAX A BIT'

Julen Lopetegui discussed the win in the second round of the Copa del Rey after full time. Lopetegui praised the team for their ability to come out with a win in challenging circumtnsaces: 'We played really well in what was a tough match. The pitch was honestly in a really bad condition and that makes things easier for your opponent who is used to that kind of surface.'

Julen spoke about the difficulty of these matches, pointing out the different protocols for both teams: 'The home teams prepare for these matches in a different way. It's nice for them, but not so good for us given we are playing in different conditions and following different protocols. We aren't able to have the traditional meet up in the morning to have breakfast and then they put you in a 30 metre squared dressing room with 50 people. But it is what it is.'

Analysing the game, Julen singled out Óscar and Idrissi, although he said he was happy with the full team: 'The goal came before the break and that helped us relax a bit. Idrissi played well, he needs that confidence and I hope that he, along with the others, can keep helping the team. The team played well, we gave away few chances and we managed to impose our game on them.'