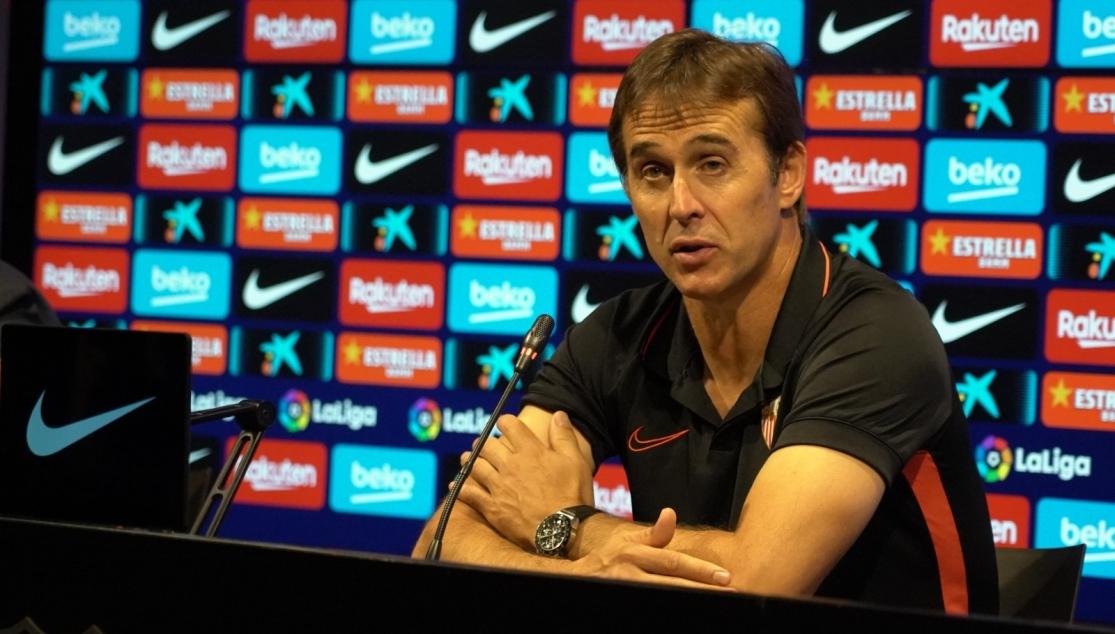 LOPETEGUI: "WHENEVER YOU DON'T TAKE YOUR CHANCES HERE, YOU'RE ALWAYS GOING TO STRUGGLE"

As per, Julen Lopetegui has appeared in front of the press after a match in La Liga. This time, after the defeat against FC Barcelona in the Camp Nou, Lopetegui spoke about the game as a whole first of all: "We lost a game in which we competed very well for a period of time. We approached the game with ambition and character. We were the ones in control for the first 35 minutes as we had many opportunities. However, whenever you come to a place like this and you don't score, you are always going to struggle. We were playing very well, but the first goal hurt us a lot and, in reality, we had to find a way to pick ourselves back up".

As for those fateful eight first-half minutes, Lopetegui stated: "It's difficult to explain it to the boys. In the second half we came out of the traps well and we had clear goalscoring opportunities; but again, we couldn't find a goal and at the end it was them who scored a fourth. This is what it takes to play against these teams".

Analysing the game in more depth, he didn't fail to praise his team's effort in various moments of the game, especially in a game and against a team as good as FC Barcelona: "It was a devastating punishment, perhaps undeserved. We did a lot of things well, but we lacked that killer instinct in front of their goal. We wanted to forget about the scoreline in the second half, so we changed our system and it's something that worked for us - even if we weren't able to make the most of our opportunites. The scoreline doesn't reflect all the good things that we did throughout the game.

Lopetegui also commented on his team's lack of goals despite creating many good opportunities: "Not creating opportunities and not making the most of them are things that worry us. The only thing we can do is continue to work hard on it and continue to create these opportunities. Against teams like Barcelona, it's not easy to create a lot of clear-cut chances".

He finished off by speaking about the upcoming international break: "Now, it's time to analyse the match and take advantage of this break to reset and to start to think about the game against Levante UD when we return".

First team
THE BANEGA FAMILY, WITH THOSE MOST IN NEED IN ROSARIO DURING THE PANDEMIC
Leer más
END_OF_DOCUMENT_TOKEN_TO_BE_REPLACED