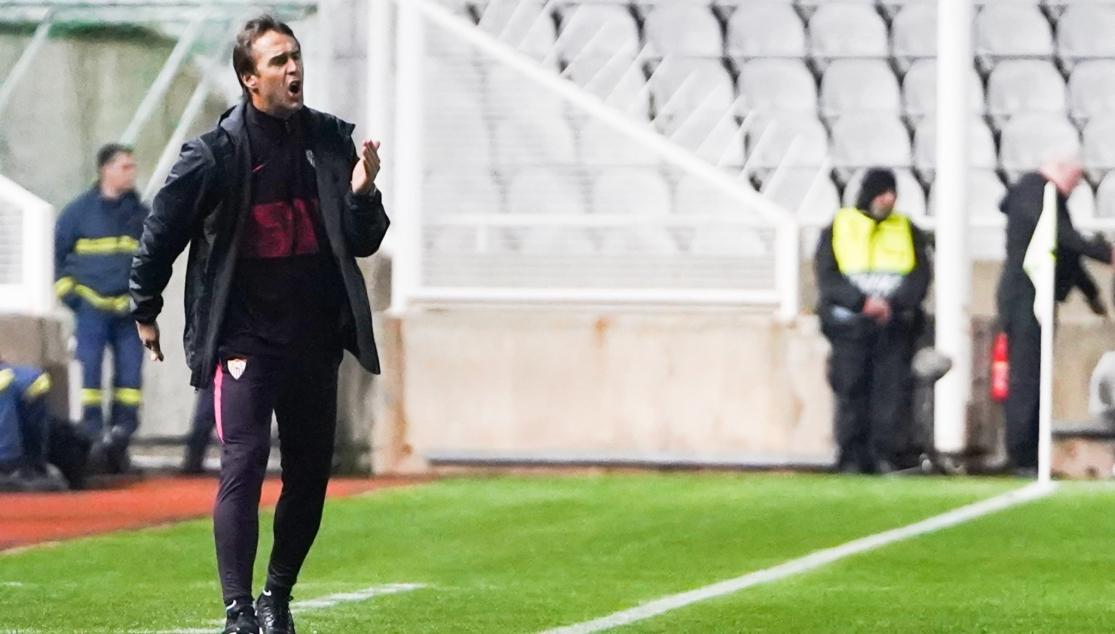 LOPETEGUI: "WE DIDN'T PLAY AS WELL AS WE WOULD HAVE LIKED, BUT THE WORK WAS ALREADY DONE"

Julen Lopetegui spoke to official media after the defeat against APOEL in the UEFA Europa League: "It was a difficult match, we knew they would press us here. We had chances, the penalty could have won us the game but in the end they've scored from a set piece and the end of the game was messy. I think we didn't play as well as we would have liked, but the work was already done. It's always good to win in Europe, we wanted to get all three points but we haven't done that".

The manager spoke about the accuracy of Sevilla's shots: "APOEL also play, they had a big motivation with a new manager. At times they were on top of us, but I think missing the penalty affected us. When you let a side off they punish you, and we lacked the patience and clarity to equalise and win".

He spoke about the performances of the academy players: "Genaro has played well, it wasn't easy for him. He began quietly and it's a shame we couldn't win on his debut. Mena came on well, he gave us energy and played well". He also spoke about Rony Lopes: "He worked hard, he went for goal. He hasn't played much so he doesn't have full match fitness but I think he has played well tonight".

Lopetegui did not want to talk about Monday's draw too much: "We'll play whoever we play and whatever comes we will always have to approach it with the best mentality and best hopes".