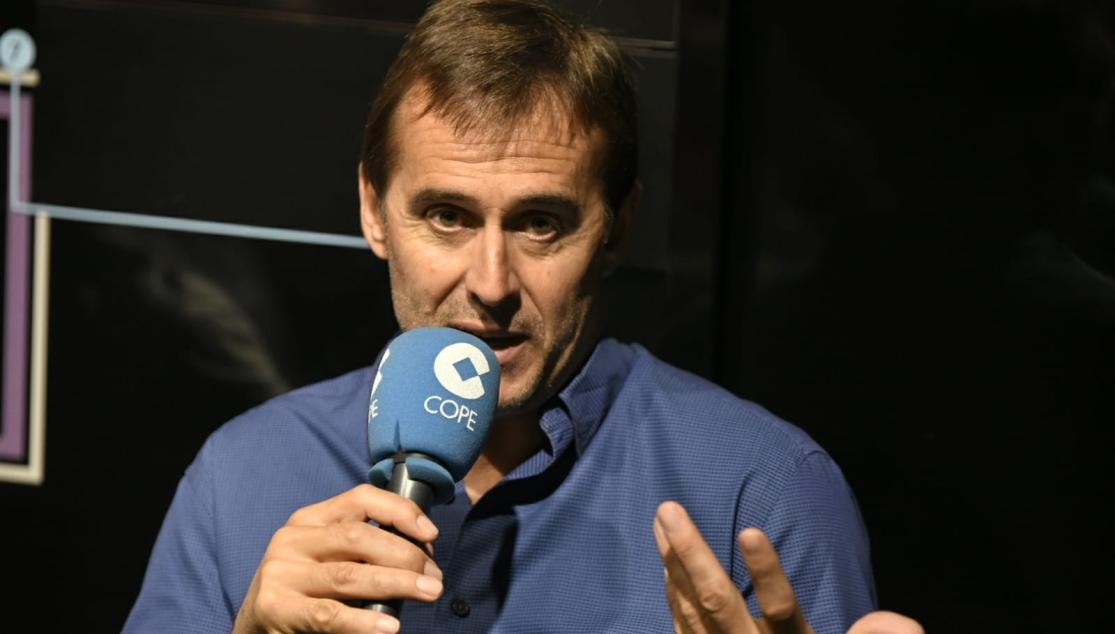 LOPETEGUI: "WE MUST WORK DAY AFTER DAY IF WE ARE TO ACHIEVE OUR GOALS"

The coach spoke at the Cadena Cope radio station this morning

Today, Julen Lopetegui was present at the Deportes Cope Sevilla radio station, where he gave his impressions on Sevilla FC's start to the new season: "The team is doing well, and the players are showing an incredible want to adapt. All of the coaches want to focus on every aspect in the game, we try to make the team have its own personality and play the game as it needs to be played. I'm not one who obsesses over having most of the ball, what I want to do is win the game. I think we are capable of adapting to different situations and not being predictable".

The hard-working Basque coach made it clear again: "We are capable of getting the best out of each player. I demand a lot from them. I want players who first of all compete with themselves and who want to improve every day. We are ambitious, but for these ambitions to become a reality, we have to work hard every single day. How we work towards our ambition isn't by focusing on the teams that are above us, but by focusing on our next opponent. There's very little between the teams, on any given day anyone can beat anyone".

Of course, he also spoke about the fanbase: "They are fantastic. In the past when I managed away sides here, I had to put up with their support; but now as the home team's coach, I get to enjoy it. That extra energy is like playing your joker card, because it's so important that the fans play their part and support us. One of the aspects of being a manager is sharing the excitement of the club and the pressure that comes with it. You try to do your job correctly to achieve the objectives. We're all ambitious and we're keen to have a good season and to make our fans excited".

In a few days he will have Chicharito Hernández at his disposal: "We realised that we needed another player. Seasons are very long. From now until Christmas we will regularly play on both Thursdays and Sundays, so we will need depth in the squad. For us, it's an exciting signing. He was keen to join and we were able to get the transfer over the line. We hope he fits in well". And finally, he spoke about liking the new Copa del Rey format: "It's always risky, but I like the new format. It can be dangerous, but it's part of the romance of the cup, and everything else would destroy this love".