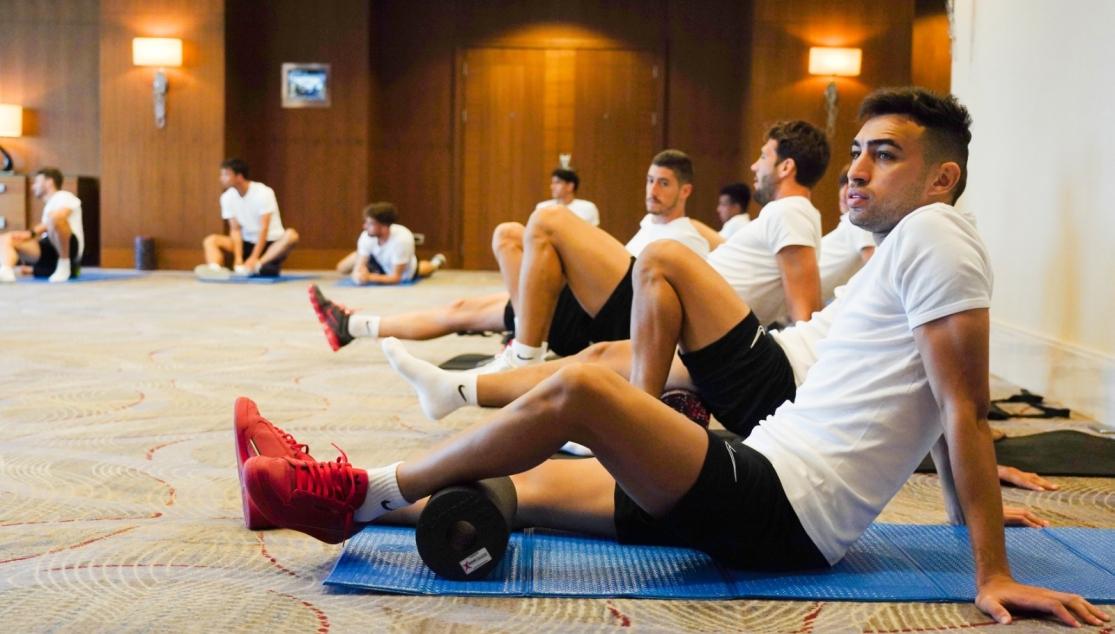 Monchi was present during the session, just before the squad had lunch

After a Tuesday which was almost exclusively dedicated to travelling, the players arrived in time to have dinner and go to their rooms to get some rest. Today, Wednesday, marks the eve of the first game in Sevilla FC's Europa League campaign this season. Azerbaijan is two hours ahead of Spain and after having breakfast, there was a team meeting in one of the meeting rooms in the team hotel in Baku. There, also in the presence of Monchi, the fitness coaches gave a light warm-up session, trying to get any tiredness out of their system that might have come about due to the long flight, and also to prepare them for training this afternoon.

Afterwards, the team went for lunch, before having a rest, which will then lead to another little snack along with a brief chat before heading off to the Tofiq Bahramov Stadium. The official press conference, with Lopetegui and Escudero, will take place at 18.30 local time, so 16.30 in Spain, with training scheduled for half an hour afterwards.

First team
THE BANEGA FAMILY, WITH THOSE MOST IN NEED IN ROSARIO DURING THE PANDEMIC
Leer más
END_OF_DOCUMENT_TOKEN_TO_BE_REPLACED