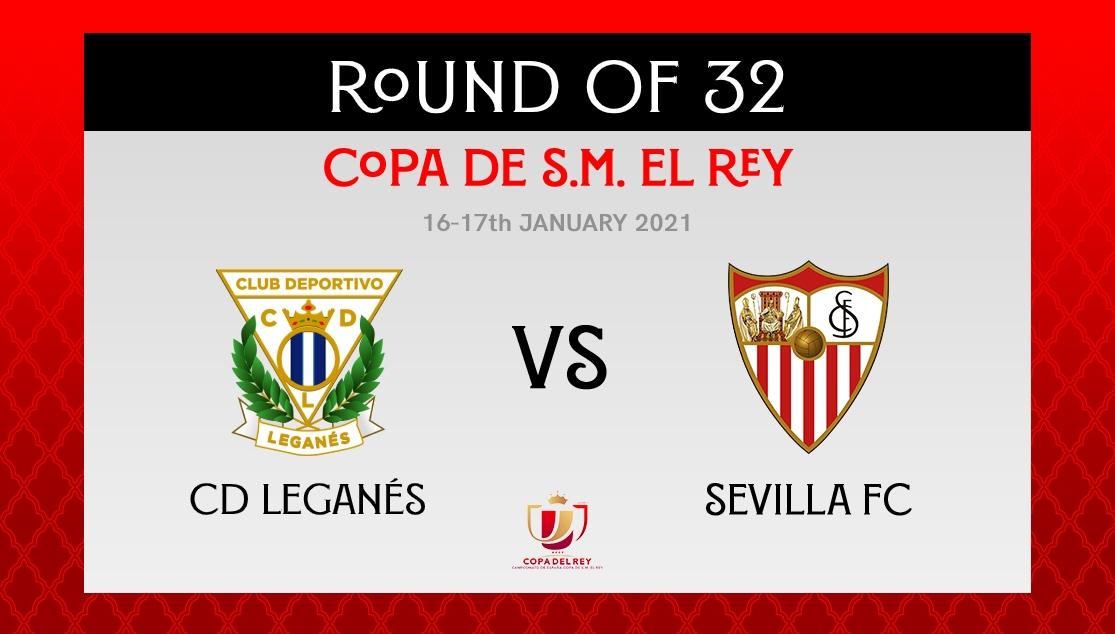 The two sides met in the semi-finals in 2017/18, with Sevilla progressing to the final

This afternoon, at the Ciudad del Fútbol in Las Rozas, the draw for the Copa del Rey Round of 32 took place, with fixtures taking place next weekend, apart from the four sides in the Spanish Super Cup - their fixtures will be delayed until the following midweek. Sevilla FC, who beat Linares Deportivo on Tuesday in the Second Round, knew they would face a lower-league side, and they have been drawn against CD Leganés.

The team from South Madrid played against the Nervionenses in the semi-finals in 2017/18, when the Pepineros were in the top-flight. After a 1-1 draw in Butarque, Sevilla won the second leg 2-0 and progressed to the final. Leganés, who were relegated to the Second Division last season, are fifth after 20 matches. The last trip to Butarque came in June, which ended in a 3-0 win for the Blanquirrojos. Óliver Torres scored a first-half brace before Munir sealed the points in the second half.

Here is the Round of 32 draw in full:

First team
LOPETEGUI: 'IF YOU DON'T SCORE AND LET THE GAME GO ON, THESE THINGS HAPPEN'
Leer más
END_OF_DOCUMENT_TOKEN_TO_BE_REPLACED