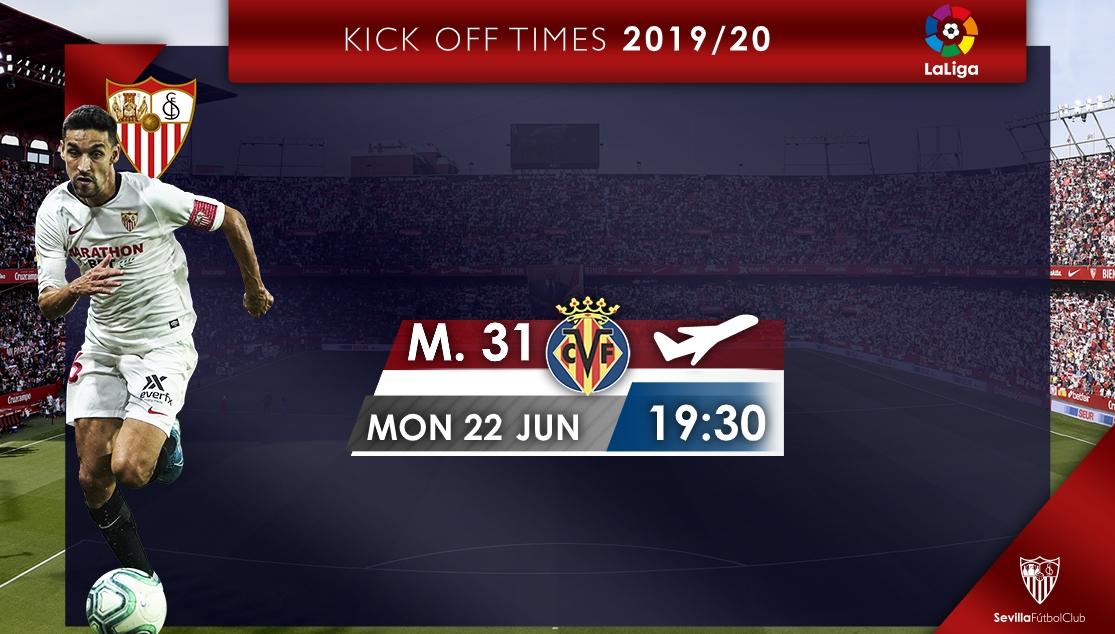 MONDAY'S VILLARREAL CLASH BROUGHT FORWARD TO A 19:30 KICK OFF

LaLiga has announced a fixture change for Sevilla FC in Matchday 31. Due to the weather forecast, Julen Lopetegui's side, who were scheduled to play at 22:00 on Monday 22nd June, will now play at 19:30. This means the match between Leganés and Granada at Butarque will now kick off in the later time slot.