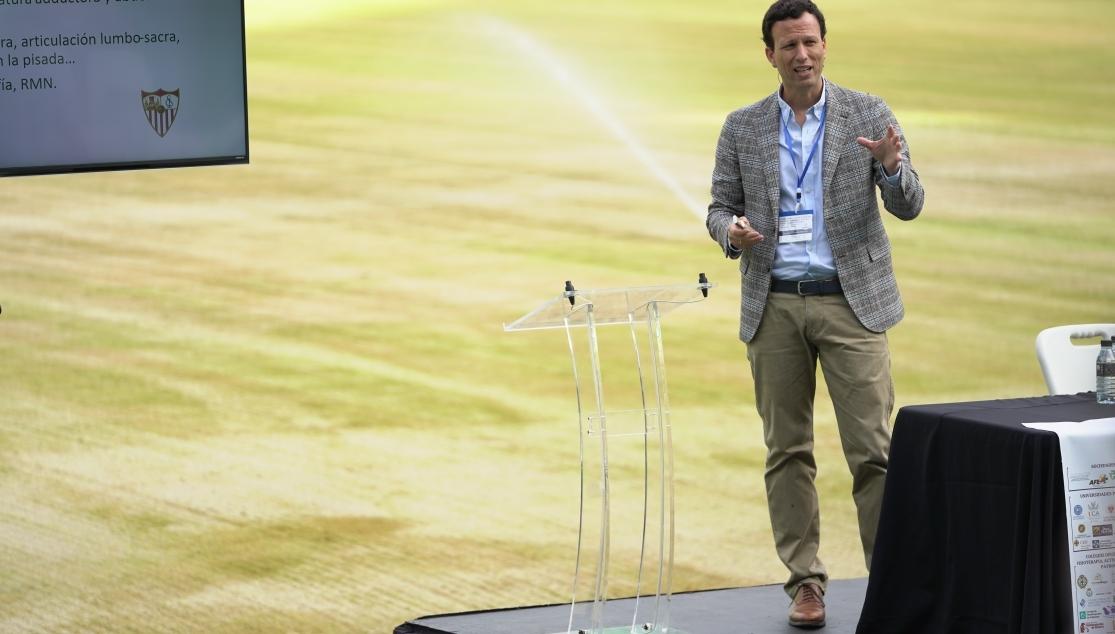 JUAN JOSÉ JIMÉNEZ: "THE SPORTING WORLD IS SETTING AN EXAMPLE TO EVERYONE"

Football and society in general, in a lot of ways, are aligned side by side for the health warnings they have issued since the arrival of Covid-19. On Monday, on Solo el Sevilla on SFC Radio, the Sevilla FC first team doctor, Juan José Jiménez, wanted to point out a few of the most important aspects about the subject, and started off by speaking about the example set by sports stars: "The footballing world is setting the example to everyone else in what to do, it's a reference point for society. If people see that football players are following the rules, then they will to. The sporting world is showing everyone what they have to do and we're all following along".

He went on to speak about the crisis that we are facing: "It's a worldwide pandemic, as has been said a lot of times already on the television. We live in a globalised world and the epidemic has spread. In Spain, as much in Madrid as in the Basque Country, they are both focal points of this virus in the country. In Andalusia and here in Seville, we don't have any zones that are 'high risk'. Of course the number of cases will rise and with that the number of deaths - this is the track that we are currently on. As for the rest, for most cases, the symptoms, even though there are exceptions, are those of a common cold and a fever and a cough for two or three days".

Moreover, he made it clear that we have to watch this evolution with extreme care: "The reality is that this situation is going to last because it's not just a case of stopping services, as we then have to go a re-open them. Football will be able to return when the epidemic is under control. I'm not sure if it'll return when it's completely eradicated because that will be difficult in a short space of time. We have to try and get to a point when the number of cases is going down and, above all, the number of deaths is falling. The big thing for people to remember is to not transmit the virus to immunodeficient people, to older people and those with existing health problems. When things start to cool down, you will be able to go about your normal life again, but by taking extra precautions".

On the other side, he wanted to speak about the difficulties that people might find about staying at home for the coming weeks: "It will be difficult, because people will believe that from tomorrow, everything will start to get better. It'll seem as though each day gets longer whilst the figures and numbers get worse and worse. What we're doing won't have an immediate effect, but I believe we have to have a greater perspective of the situation at hand. We have to be sensible, not expect any miracles and make the most of what we miss out on at home, things that we don't get time to do during our day to day life".

Jiménez asked the population to not get obsessed with the topic: "Try and refrain from talking about the topic for a few hours each day; isolate yourself from what is being said about it. You have to live at home, with your own family. Try and carry out a normal life, as much as possible. If you have symptoms of a cough, moderate fever or difficulty in breathing, isolate yourself from your family until those symptoms are over".

Finally, he emphasised the importance of not making the hospitals collapse: "Why there is a relatively high level of death rate from this virus has to be analysed. Perhaps, the collapse in the health system has to be looked. In our neighbouring countries, such as Germany, the death rate from this virus is minimal. You have to remain calm and if you have minor symptoms, please do as the authorities ask".

The Club
JUAN JOSÉ JIMÉNEZ: "THE SPORTING WORLD IS SETTING AN EXAMPLE TO EVERYONE"
Leer más
END_OF_DOCUMENT_TOKEN_TO_BE_REPLACED