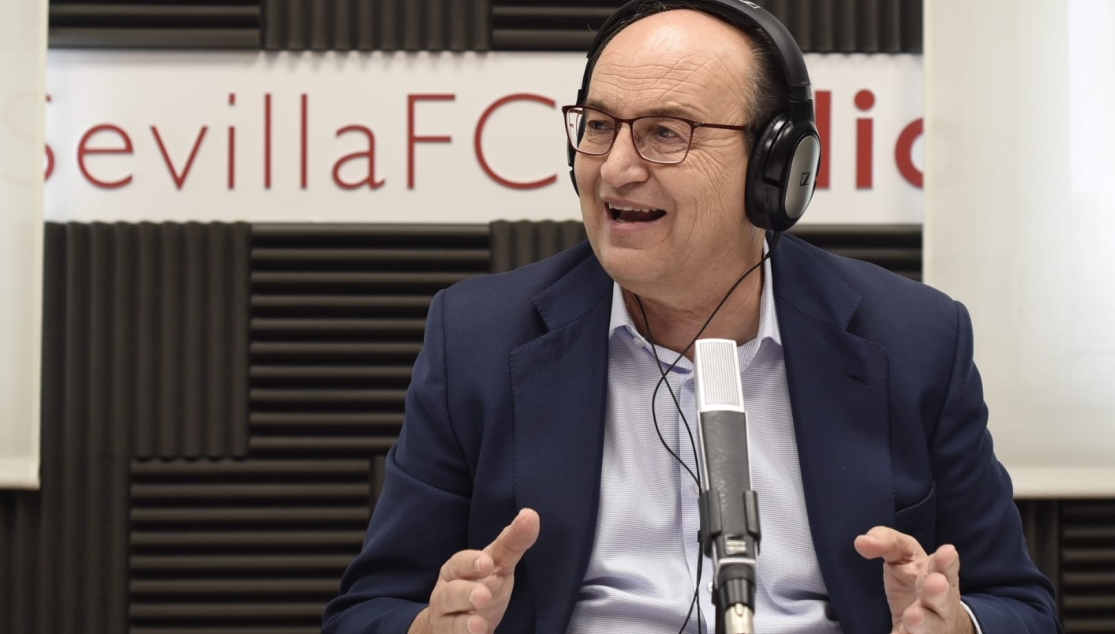 JOSÉ CASTRO: "WE'RE SMILING AND HAPPY, BUT OUR AMBITION TELLS US THAT THERE'S STILL MORE TO GO"

"We were lucky to be able to bring Monchi back, because Sevilla is more Sevilla with him"

Sevilla FC Chairman, José Castro, featured on Sevilla FC Radio today after qualification for next season's UEFA Champions League was confirmed. He showed his satisfaction with the objective being met, and highlighted the club's ambition for the remainder of the campaign: "We're smiling and happy, it can't be any other way at this place. We have achieved our goal. There are still two matches left and it makes us worthy of trying to get third place and the cup that gave us life, that made us believe in Europe and the world, we'll go for it with all our strength. We hope that with this extraordinary squad, being aware of that the Europa changed us and gave us that plus which made us become the champion of champions, we will play magnificently in the tournament and go for the sweet taste of success".

The Chairman continued by explaining that "my mandate is important to work for Sevilla, I'm turning the page. The important thing is that we are at the top of Spanish and European football. The difficult thing is to achieve this for so many years in a row, only Madrid and Barcelona are ahead of us in the 21st century. This can only be achieved by great teams and on the basis of perseverance, work, everyone keeping an eye on their mobile phones 24 hours a day, etc. There have been changes in presidents, coaches, sporting directors... But Sevilla is always successful, and staying in the elite is very difficult and we are achieving it. It is the seventh qualification for UCL, and 16 years out of 17 in Europe, it's an incredible thing. We were lucky to be able to bring Monchi back, because Sevilla is more Sevilla with him. We know how he works, how he suffers and how he lives Sevilla, and I'm so glad he could come back, because we're more with him".

"We have a manager who is addicted to his job, who lives at the training ground, and an extraordinary squad"

José Castro went on to praise the General Sporting Director and did the same with Lopetegui and the entire staff: "I'll only say a few words about Monchi, his work is worth recognising justly. It was a difficult year because many new faces came in, and a manager too. The criticism was fierce before he arrived, but the clarity we had with him has been maintained, because he's a leader in the dressing room and he is a manager who is addicted to his job, who lives at the training ground. He studies every match like it's a final and now that there's no fans they will hear his shouts of support and leadership at every moment. We're also talking about an extraordinary squad, they've been a model squad in such difficult moments at their homes. They have thought about what we played for and that's where the results come from, from a base of hard work, quality, effort and resolve, as we are at Sevilla".

Regarding the professionalism of his players with the economic situation, the Chairman only had words of thanks and praise for everyone: "They have demonstrated their professional during these days of pandemic. Physically we have bettered every team and that may be part of the reason we have the points we've achieved. They understood the economic situation and we reached an agreement with those to look at the club, so that everything was sustainable. They have had an enormous greatness, as well as those who are on loan, exactly the same: Aleix Vidal, Corchia, Carlos Fernández, Kjaer, Gnagnon, Bryan, Pozo and Juan Soriano, they are people who have understood the problem and they have returned to Sevilla part of what they received from us. I feel, once more I say it, proud of everything that makes Sevilla FC, each one of them living it as the Chairman lives it. There is no other way of being, insatiable, this is what leads us to success".

"We can't say we have a roof above us, we won't stop putting structures in place to continue reaching more milestones"

The Chairman was clear on growth: "There's no roof, there can't be. For us, being third should be winning the league because anything else is very difficult, but year after year we won't stop putting the necessary structures in place to have a better team and continue reaching more milestones. I hope we can talk about other in things in a few years. Why won't we dream, of course we have to dream. I'd be mad if I said we'll win the league, but we'll try to, I have no doubts. We will put everything in to fighting for a national title and this should change once, regarding the two big clubs. We have to dream of that".

He also spoke about the value of the squad regarding their goalscoring exploits: "No one can argue with our team's goal tally, the fifth highest. Nor can you argue with the strikers who have scored goals, even if they haven't scored as many as we'd like, it also happened in the winter transfer window. But everyone is part of the team, and goals are scored in all areas. The strikers have done many other things and the result is that we are in the Champions League with two matches to go. It is necessary to see everything as a whole and in a tremendously positive way".

"Although we are working on possible changes, it's time to talk about football, there are challenges to complete"

Finally, Castro says work has begun ahead of next season, but there is still more to go this season: "Now it's time to talk about football, the matches that are left and the Europa League. The season hasn't finished, it's not the time to talk about signings. All in good time. We're very much alive and we've been working on possible changes for a long time, but now we have to keep going, there are challenges to complete in LaLiga and Europe. I don't want to finish without saying that the fans have been 10/10, their behaviour has been exemplary, and they have understood the health needs that there are, it's fair to recognise it and talk a lot about how positive it is". 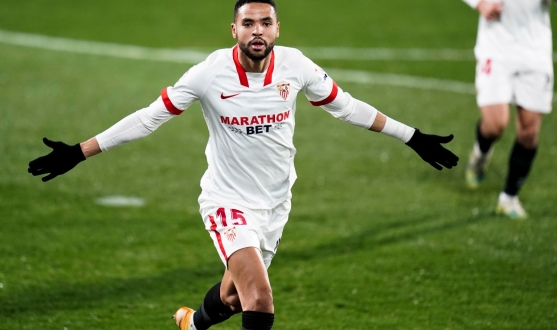