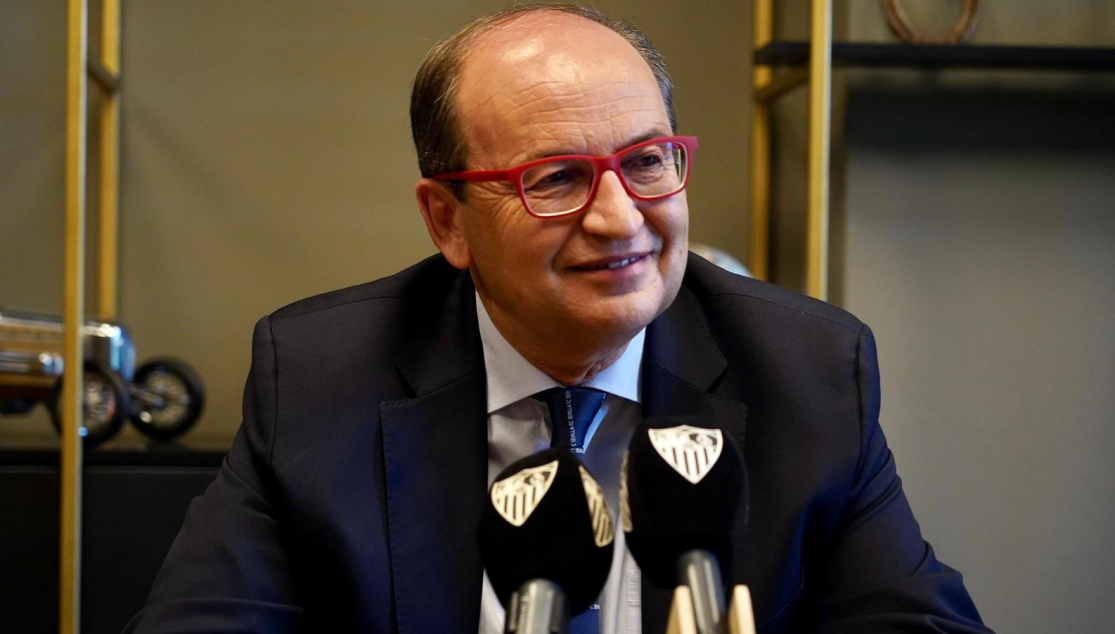 JOSÉ CASTRO: 'WE HAVE REACHED AN AGREEMENT WITH JESÚS NAVAS FOR THE NEXT THREE SEASONS'

Sevilla FC President José Castro was interviewed this afternoon on Sevilla FC Radio's Solo el Sevilla. After reminiscing about handing over the sixth UEFA Europa League to Jesús Navas, the Club captain, Castro confirmed that the full-back had signed a three-year contract extension: 'We can now announce it. We've been working with Jesús over the last few days and we've come to an agreement for the next three seasons. It's a happy day for Sevillistas because we all love him - as a professional and a person. He is an example for every Sevillista and every academy player who see his name given to a stadium in the Sports Village.'

José Castro spoke about Navas' character, his hard work and effort: 'We know what Jesús is - a Sevilla man, hard-working, honest and honourable. He's just like a little boy ready to keep making history. He's at home, where he wants to be, to fight for the colours and badge of Sevilla FC. He speaks of the Club as if it were his life. He is a symbol of Sevilla. Our fans can be happy. We have come to a beneficial agreement for both parties. And the most important is that we get to keep on enjoying Jesús Navas in a Sevilla shirt.'

'He's at home, where he wants to be, to fight for the colours and badge of Sevilla FC'

Beforehand, he had offered some positivity to the Spanish national team and spoke of the love they receive in Sevilla: 'Seville is the most football-crazy city in the world. Seville has always been Spain's twelfth man. There has always been a special relationship here with Spain getting some great results usually. I am absolutely convinced that Spain will win. They are the future players of a very good national team.'

'He is an example for every Sevillista and every academy player'

As he did last night on RNE and Cadena Ser, the Club President spoke of the importance of the unity that Spain must have, remembering how the Club won their sixth UEFA Europa League in Cologne: 'We played against teams with enormous budgets such as Roma, Manchester United and Inter Milan. Our strength made us better than them because we had a united group who knew how to face tough opponents.'

To finish off, Castro remembered the 2006/07 season in which Sevilla won the Copa del Rey: 'I remember it as the biggest ever presence of fans at a final, with thousands of Sevillistas outside the stadium because there were no tickets left. The happiness in the streets and the trophy won make it one of the best days ever in this Club's history. It was the beginning of the many great things won after.'