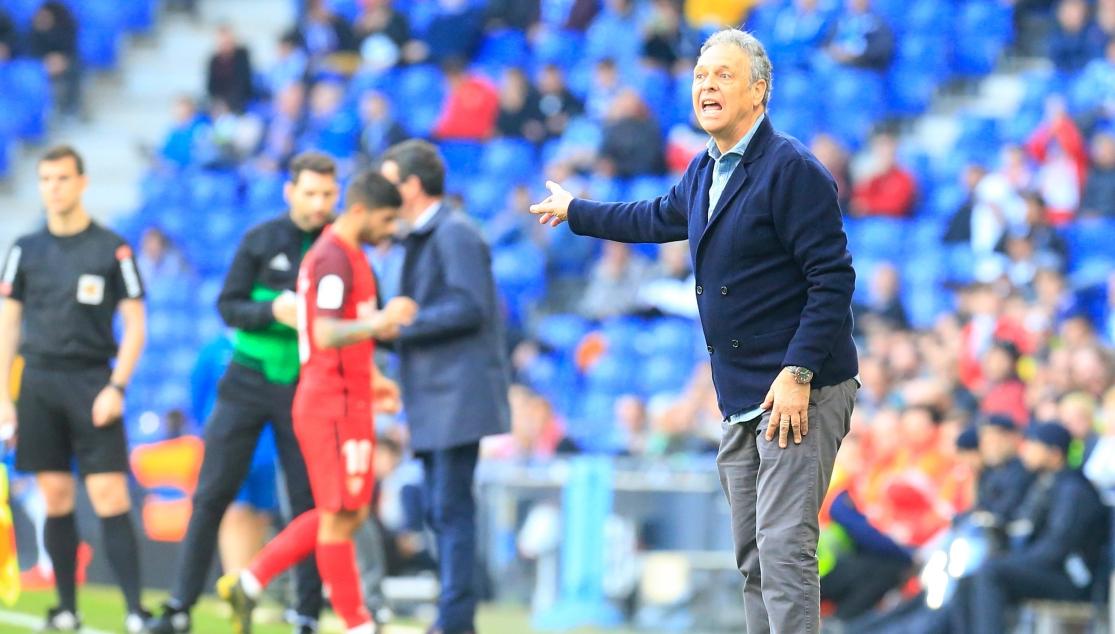 'We were up against it in the second half but that shows the team's fighting spirit,' remarked Caparrós

Sevilla FC's manager, Joaquín Caparrós, analysed his team's win in Cornellá: 'I'm happy for the players. It was not easy to play today. We were not in the best physical or mental shape. We were good in the first half, we just lacked the goal to show for it; in the second we were up against it in the second half but that shows the team's fighting spirit. I am happy for the fans and the players but now we have to turn our sights towards the next game.'

It was an important win before the international break: 'Yes, it's been a really hard week. A lot of things happened. The players understood what was expected of them today.'

Caparrós did not have much time to prepare the squad: 'We had little time, we did not train much together but we had to show that we had come to win the game. We had to leave it all out on the pitch. We had to put in the same effort as them and then the teams' quality would be the deciding factor.'

This was Caparrós' 500th game as a coach in La Liga: 'It's been a long time. I thank all the players and directors I've had and I especially thank Roberto Alés. We dedicate these three points to him.'

First team
THE BANEGA FAMILY, WITH THOSE MOST IN NEED IN ROSARIO DURING THE PANDEMIC
Leer más
END_OF_DOCUMENT_TOKEN_TO_BE_REPLACED