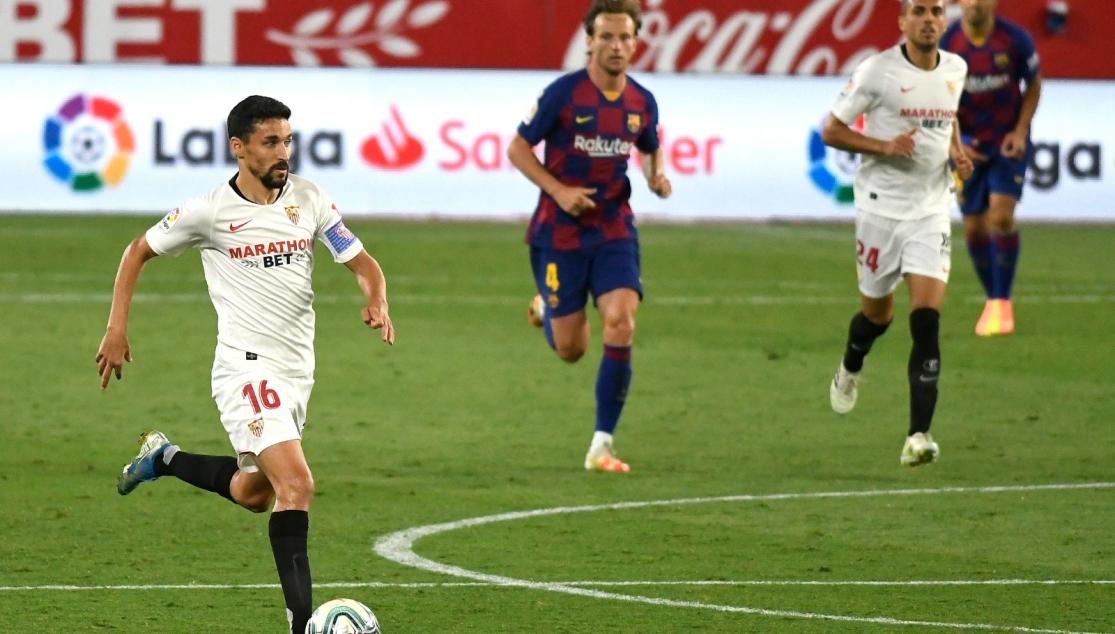 JESÚS NAVAS: "WE HAD OUR CHANCES"

Jesús Navas played all ninety minutes in tonight's draw with FC Barcelona. The captain focused on the side's efforts in a hard-fought match: “We were very focused and had our chances. The team has worked well, that's the important thing".