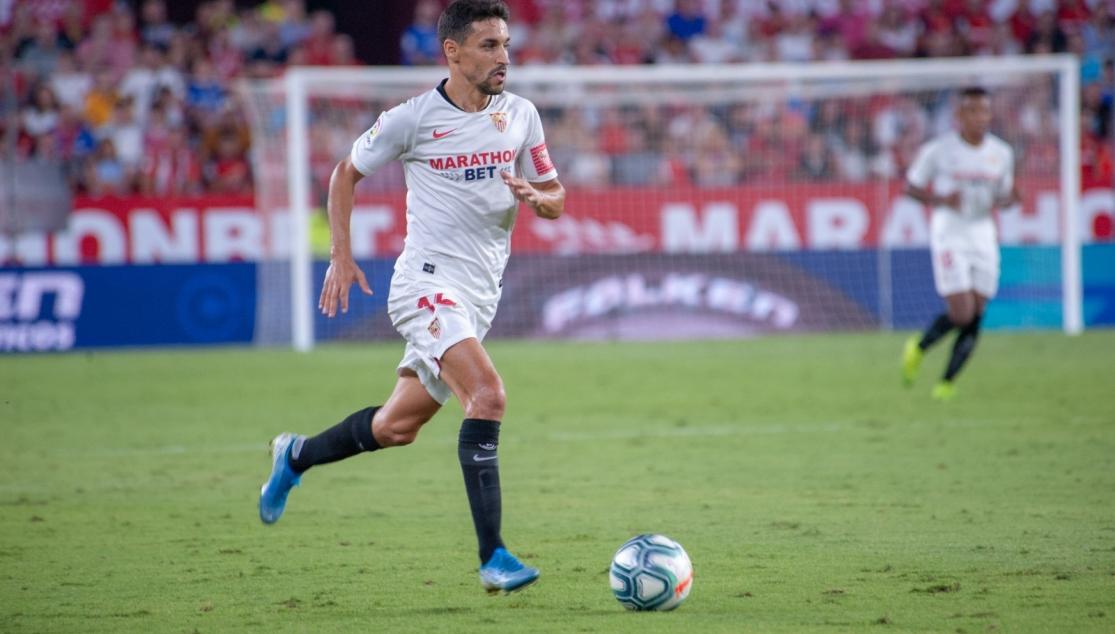 JESÚS NAVAS REACHES 350 APPEARANCES IN THE TOP FLIGHT, THE SECOND PLAYER TO DO SO FOR SEVILLA FC

Manolo Jiménez, with 354, is the only player to have more top-flight appearances

Jesús Navas continues breaking records with Sevilla and it seems there is no limit as to how many he will break. Sunday's win against Real Sociedad brought up his 350th appearance in the top flight for Sevilla FC, placing him ahead of Arza and Campanal II who both managed 349. The club captain is now only behind Manolo Jiménez, with just four matches more on 354, a figure which Navas will presumably overtake soon.

In his 350 matches, Navas has scored 26 goals and assisted a further 69. The right back spoke after Sunday's matches, stating he doesn't lay down markers: "I hope I can continue playing in many matches. I want it to be a good year and I'm not focused on statistics. I enjoy playing that much that I don't think about them".

In total, the man from Los Palacios has featured on 487 occasions for Sevilla, 127 of them in UEFA Europa League, Copa del Rey, UEFA Champions League, Spanish Super Cups and UEFA Super Cups. He has scored 9 and set up 25 in these matches, so his all-time record stands at 35 goals and 94 assists, just six off a century.

Having already taken the all-time appearance record from Pablo Blanco, who made 415 appearances, Jesús Navas, who returned in 2017/18 to his first club from Manchester City, seems to have decided to make it impossible for his record to be beaten, as the 33-year-old, who turns 34 in November, continues to bomb up and down the right flank at the Ramón Sánchez-Pizjuán with the same skill as he did when Joaquín Caparrós gave him his debut.

First team
THE BANEGA FAMILY, WITH THOSE MOST IN NEED IN ROSARIO DURING THE PANDEMIC
Leer más
END_OF_DOCUMENT_TOKEN_TO_BE_REPLACED