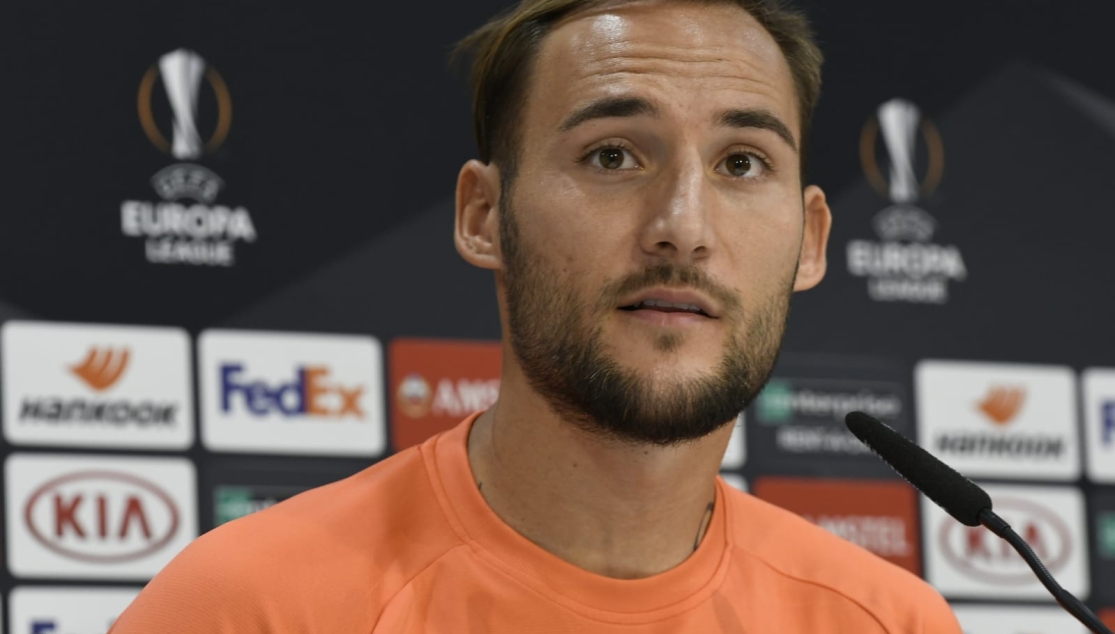 GUDELJ: "WE WANT TO CONTINUE TO MAKE OUR FANS HAPPY"

"It's a very important competition for the club, something we have shown from the beginning"

Nemanja Gudelj took to the press conference alongside Julen Lopetegui this afternoon, to speak about tomorrow's Europa League match against APOEL at home. The Serbian international said that after the match against Real Sociedad: "everyone is feeling good. We want to win the game and continue to make our fans happy".

In addition, Gudelj, who was one of the players brought in this summer, already knows what the Europa League means to Sevilla FC: "Sevilla has won this cup five times. It's an important competition for the club and this is something we have shown from the beginning".

The Sevilla midfielder also spoke about how he felt personally: "I feel very comfortable here. I'm adapting well and everyone has welcomed me with open arms. There's a lot of quality in the squad, and that's why that whenever we are called upon by the gaffer, we have to be ready".

First team
THE BANEGA FAMILY, WITH THOSE MOST IN NEED IN ROSARIO DURING THE PANDEMIC
Leer más
END_OF_DOCUMENT_TOKEN_TO_BE_REPLACED