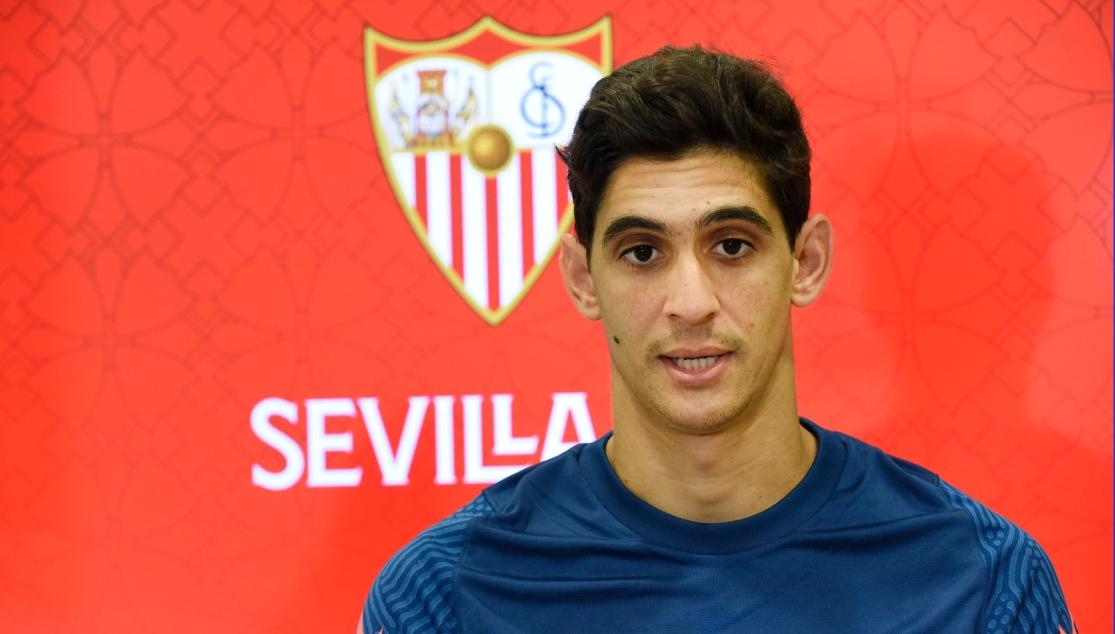 BONO: "SEVILLA ARE GROWING, BUT THEY'RE NOT LOSING THAT FAMILY SPIRIT"

Bono's first season at Sevilla FC really was a roller coaster. Now, after signing on a permanent deal, he is excited ahead of his second season, with the added bonus of last season's experience: "The team goes from less to more. We haven't stopped for long and we'll quickly get into shape. The new ones are also catching on quickly and very well. There is a good block and the ones that have joined have real quality and give the team a boost. In the long run you can tell when there is a team. There is a good group here and that helps you get things done in the long run".

Speaking to official media from the team hotel in Algorfa, the Moroccan is awaiting the start of the season: "It's exciting and we're so motivated, as we know we will start with a clear aim and a final. The people are ready for that. The team always had the humility to approach matches against any opposition, and now it doesn't change. We'll keep going on the same path as we have done all this time".

He also recognise that this season will be more simple: "At the end of the day, the coaching staff came in with a very clear style of play and it is difficult to get it into the players' heads at first. But now we're the same group, people have arrived with very clear ideas and you can see that in training and in the matches".

The keeper also notices differences between what Sevilla looks like from both inside and outside: "From the outside you see a very big club, an important entity in Spain and in Europe. From inside, you see it's a family, they make you feel very good. Sevilla are growing and when teams grow and reach a big size, they tend to lose that a bit. Here it hasn't happened and we'll keep maintaining that family and team spirit".

He also spoke about how his role in the team changed, and knows his mission is to perform day to day: "I came into a line of work with regularity and playing and winning titles is rewarding both on a media level and outside. Within the club the important thing is to be a regular and feel part of everything the team wants".

"Playing and winning titles is rewarding on a media level. The important thing is to be a regular"

He also spoke about staying on the club: "Feeling the support of the club is something that's very important, but the aim is to keep growing as a keeper and a person, by focusing on what I really need. What comes later, playing or winning things, it might come but it might not, but my way is working day to day and that's what makes the club count on you, or not". He also has an extra personal motivation: "My son was born here and after so many years in my career, the fact he was born here, it means a lot. I hope we can return to normality soon and he can visit the Sánchez-Pizjuán".

He finished with a message to the fans: "My message is that of continuing to grow in the team whatever happens, because in a season some good and not so good things happen, but you have to trust the players and the club to the end. That is what makes the players feel that the fans are behind them, they value it".