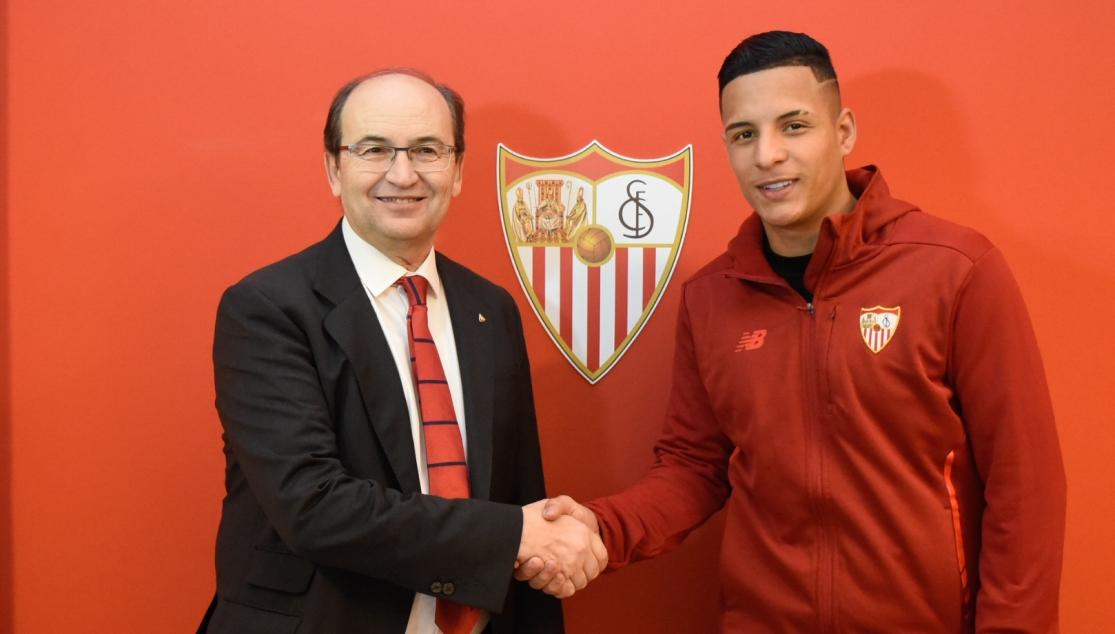 He signed his contract after passing a medical

Guilherme Arana has successfully passed medical tests and has signed his Sevilla FC contract. The Brazilian left-back, who arrived in Seville this Wednesday night, joins the Nervión club until June 2022.

Arana will now return to Brazil, where will finish his end of season holiday after winning a Brasileirão title and being included in the championship's Dream XI.

The defender will join the Club at the start of 2018 after the opening of the transfer window. After the 2nd of January he can be registered for competition.

Arana has been a sensation of Brazilian football since he broke into the Corinthians set-up in 2014. He was a First Team regular by the end of 2016 and has seen a 2017 plagued with success on both an individual and collective level - having won the Campeonato Paulista and the Brasileirão.

This season - with Brazi's Serie A starting in May and finishing in December - he played almost every game Brazil's domestic cup and has also become a Campeonato Paulista champion. He has played 35 matches and scored 2 goals in 2017 (in the Serie A and Copa Sudamericana).

He also made his debut with the Brazil U20 side this January. Since then, he's represented his country at U20 level eight times, scoring two goals.

Arana leaves Corinthians, one of the giants of Brazilian football, with two Brasileirão titles (2015 and 2017) and one Campeonato Paulista title (2017) - having made 89 appearances at just 20 years old.

First team
ALFONSO PASTOR: "LOPETEGUI TRIES TO HELP US IN EVERYTHING AND GIVES US ADVICE"
Leer más
END_OF_DOCUMENT_TOKEN_TO_BE_REPLACED