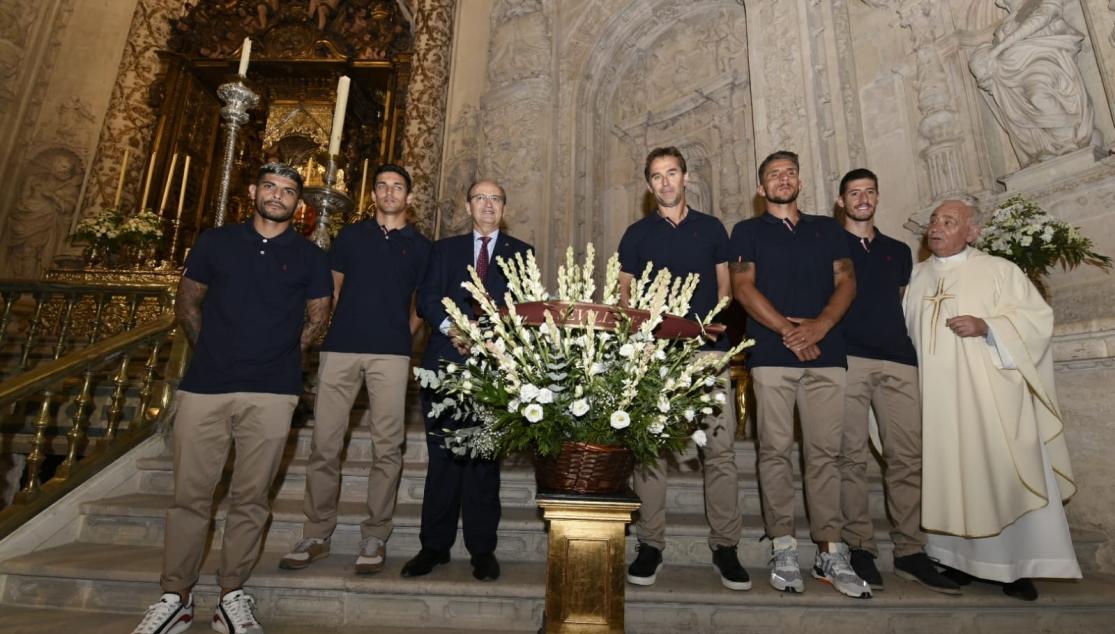 Today was a day for traditions at Sevilla FC. Once training was finished, it was time to remember Antonio Puerta, then it was time to go to Sevilla Cathedral for the offering to the Virgen de los Reyes. As always, Father Indalecio celebrated Mass, which was prolonged by more than half an hour, as he paid tribute to the three Sevilla icons who have passed away in recent months: "Three key men have left us this year: a good president, Roberto Alés, a good player, José Antonio Reyes, and a good member, the number one member, Antonio García Guzmán".

Afterwards there was a floral tribute, and the club's oldest members were present for its photograph. The only absent players were Munas Dabbur and Munir El Haddadi, who are both Muslims. As soon as the tribute finished, the squad, coaching staff and the board walked to the Robles Placentines Restaurant for the traditional lunch.