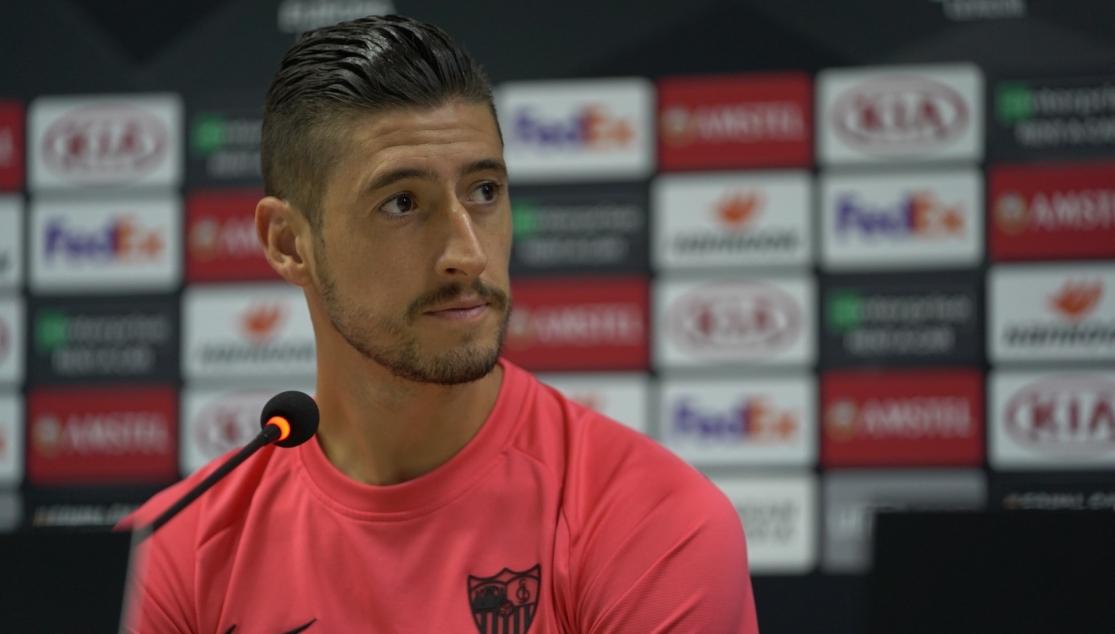 ESCUDERO: “WE HAVE TO WIN TO START OFF ON THE RIGHT FOOT”

Sergio Escudero appeared in the press conference in the lead up to Sevilla's first Europa League match of the season in Azerbaijan. Escudero started by saying that "the first thing we have to do is win in order to start of on the right foot. Qarabag are very good defensively and they have pace down the wings".

The Sevilla left-back also stated that the team felt "very excited and happy to be playing again in the competition that has given them so many happy memories. The most important thing tomorrow is that we get the win".

Escudero finished off by showing some caution before tomorrow's game: "winning any game of football is very difficult and even more so when you play away from home".

First team
THE BANEGA FAMILY, WITH THOSE MOST IN NEED IN ROSARIO DURING THE PANDEMIC
Leer más
END_OF_DOCUMENT_TOKEN_TO_BE_REPLACED