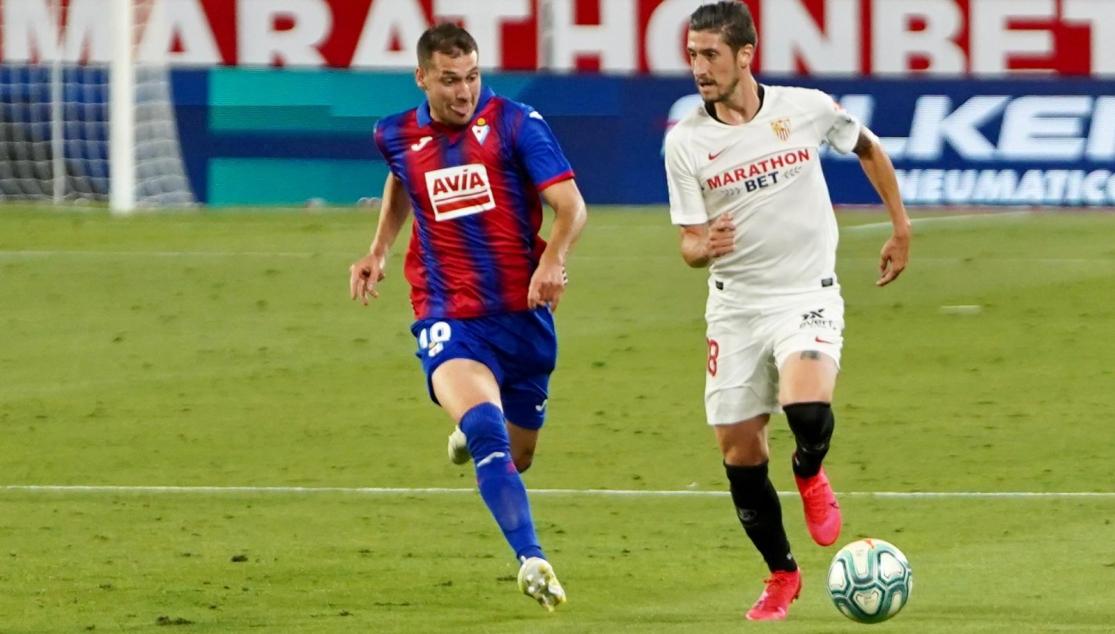 ESCUDERO: "IT'S GOOD TO REACH 100 APPEARANCES WITH A WIN"

Sergio Escudero made his 100th appearance for the club in the win against SD Eibar: "It's good to reach 100 appearances with a win, and with our grip on fourth place strengthened with an advantage on fifth place".

He also stressed that all matches are tough in the final straight: "In the end, they're decisive matches where we're all playing for things. Eibar are combative, tough, and any detail can define the match".

To finish, he wanted to focus on taking it game by game: "We will focus on Athletic, even though these three points are very important. We have to go game by game, there's four finals left".