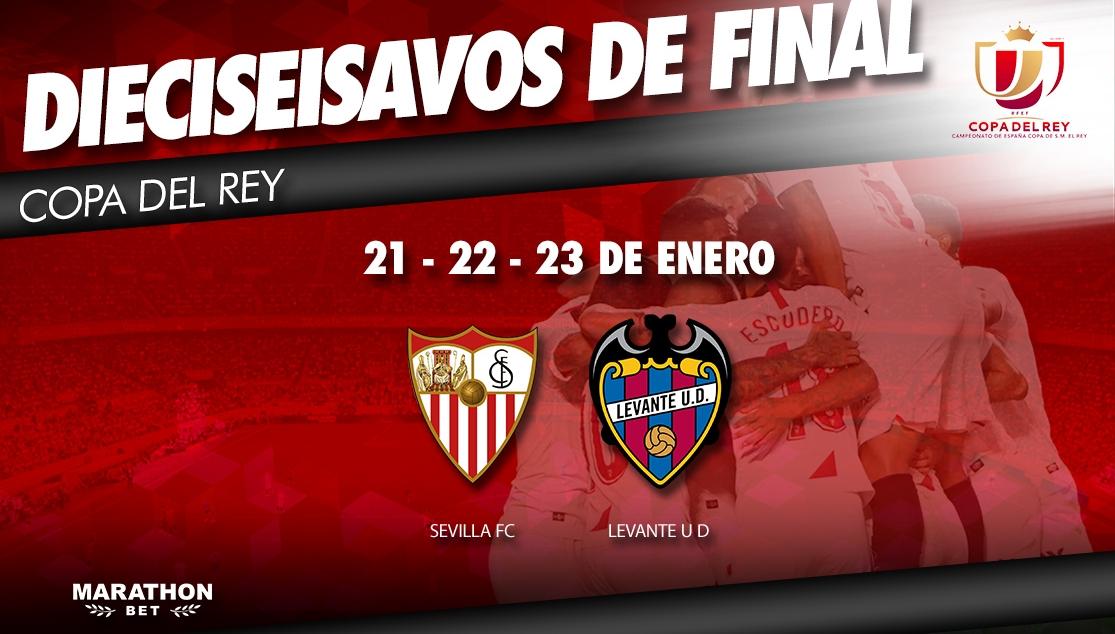 Julen Lopetegui's men will play at home in the competition, against a Levante side who eliminated Real Jaén in the previous round

We now know Sevilla FC's opponents for the Round of 32 in the Copa del Rey. After overcoming Bergantiños FC and UM Escobedo in the first two rounds (both teams from the Third Division), Julen Lopetegui's men will now face a side from the top flight in the next round. That team will be Levante UD, who progressed through the opening two rounds after eliminating Melilla CD and Real Jaén respectively.

With the date and time of the fixture yet to be announced, what is known is that the game will take place in the Ramón Sánchez-Pizjuán, sometime in between the dates of Tuesday 21st January and Thursday 23rd January. This will be Sevilla FC's next home match, and their first match after this weekend's trip to the Santiago Bernabéu to face Real Madrid in La Liga.

It has almost been 100 years since the two teams last met in the cup. It was during the 1927/28 season when the teams faced off in the group phases of the competition, with the team from Valencia playing under their former name - Levante FC. On that occasion, both teams won on their home turf. Levante won 2-0 at home, whilst Sevilla won 1-0 in Nervión. Neither team made it to the final phase of the tournament, which was for the eight best teams.