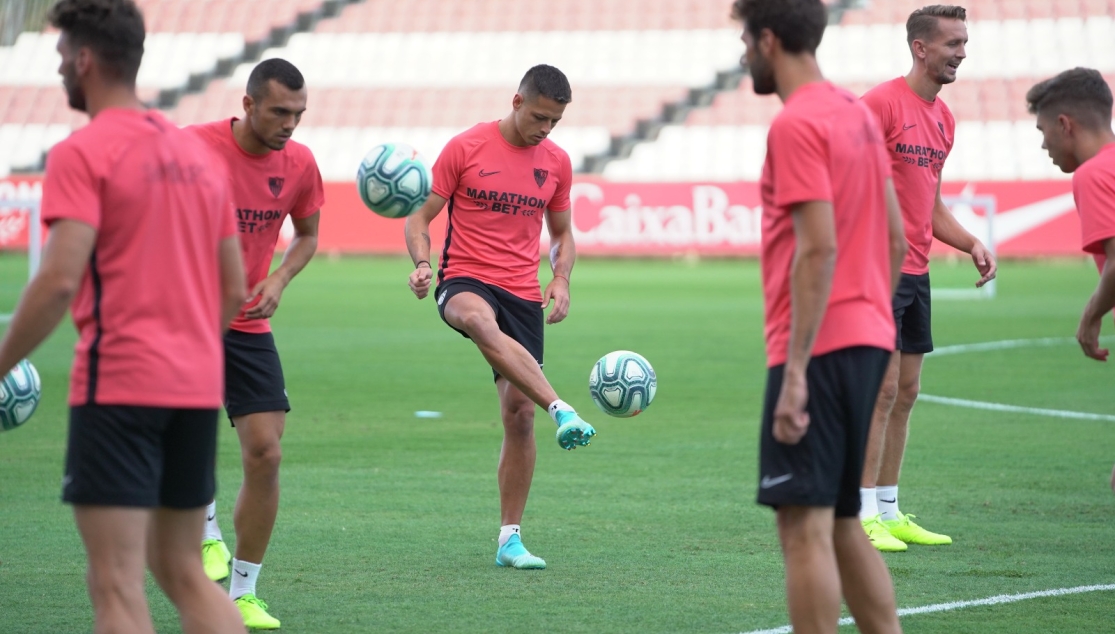 CHICHARITO TRAINS FOR THE FIRST TIME

The international break is over for the Sevilla FC squad. This Thursday, the last of the players who were on international duty returned to Sevilla. One of those included Chicharito Hernández, who arrived in Sevilla today before training for the first time with his new teammates.

With not much time left until Sunday's match, Julen Lopetegui's session focused mainly on tactical work, to get the players ready for the away match against Deportivo Alavés, in the Mendizorroza. All of the players in the first team squad were present, along with a few of the academy players such as Mena, Paco Fernández and Juanlu. Tomorrow, training takes place at 10.30, after which Julen Lopetegui will give his press conference.

The last training session for the team will take place on Saturday morning, just before the depart for Vitoria.