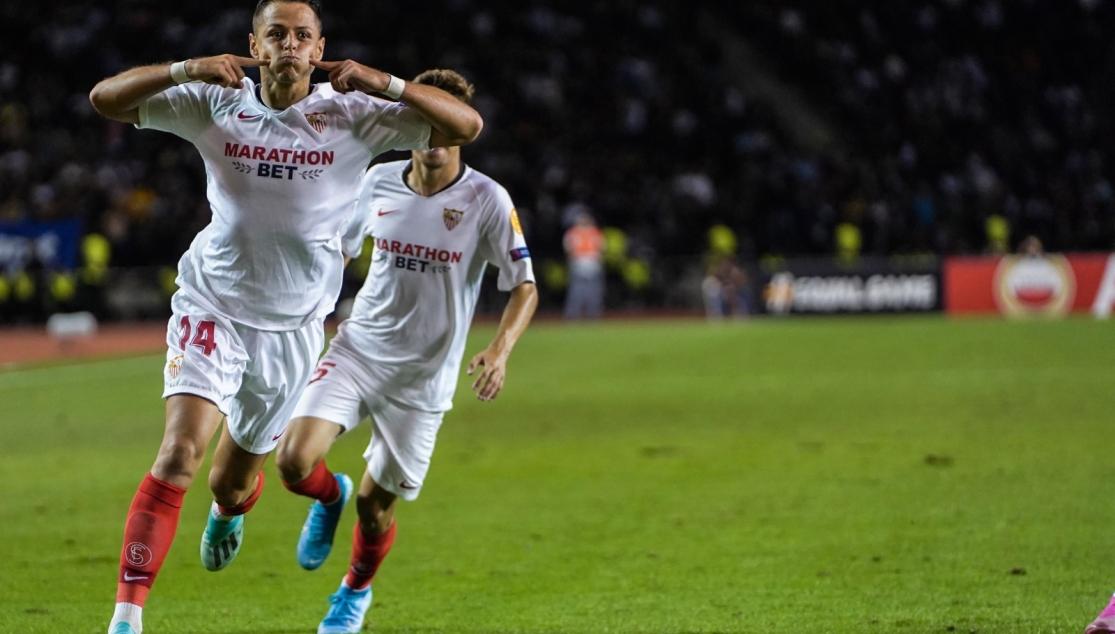 CHICHARITO: "IT'S A GREAT GOAL THAT GIVES ME A LOT OF CONFIDENCE"

The Mexican striker was happy with how the first game of their Europa League campaign went: "I've said it since I arrived, I've had a lot of hunger and a desire to do well"

Chicharito Hernández spoke to the media after the win against Qarabag in Azerbaijan. The Mexican forward started by giving his thoughts on the game as a whole, without mentioning his goal: "We are very happy with the all round performance from the team. Yes, of course, my goal was a great goal, but the most important thing is that we kept working hard because the game was far from over at this point. Qarabag were pressing hard and if we hadn't scored when we had this opportunity, everything would have been slightly more difficult; but we were able to score another two which gave us a cushion".

He then spoke about his first goal on his first start for the team: "I felt good, and I hope that the manager and the other players and staff saw this as well. I've said it since I arrived that I've had a lot of hunger and a desire to do well. I want to repay the faith shown in me by giving everything on the pitch, and by playing well to give the team the best opportunity possible to continue improving".

He then spoke about his goal: "Scoring goals gives you confidence. On top of that a striker can do a lot of things, as, for example, Luuk De Jong has done in recent games by playing well. Everyone knows that besides goals, assists, attitude and effort of which the manager demands of us, we want to give everything for the team's benefit, and that's what is most important".

"We're all on the same wavelength so that, no matter who plays, Sevilla FC continue to get better"

Likewise, he spoke about his teammates and the squad as a whole: "It's a squad with very good chemistry and there's a very good feeling amongst us. We're all on the same wavelength so that, no matter who plays, Sevilla FC continue to get better".

Talking about the competition within the squad and the amount of games coming up over the next few months: "When the Copa Del Rey starts, there are going to be many competitions and many opportunites for everyone to play. Everyone wants to give their all for this club".

To finish off, he didn't hide the fact that he was looking forward to the next match against Madrid, which is so important for Sevilla: "The game against Madrid is not only special for me, but for everyone connected with Sevilla FC. We've made a strong start in the league, and I think it will be a good game and from tomorrow onwards, we will start thinking about it".

First team
THE BANEGA FAMILY, WITH THOSE MOST IN NEED IN ROSARIO DURING THE PANDEMIC
Leer más
END_OF_DOCUMENT_TOKEN_TO_BE_REPLACED