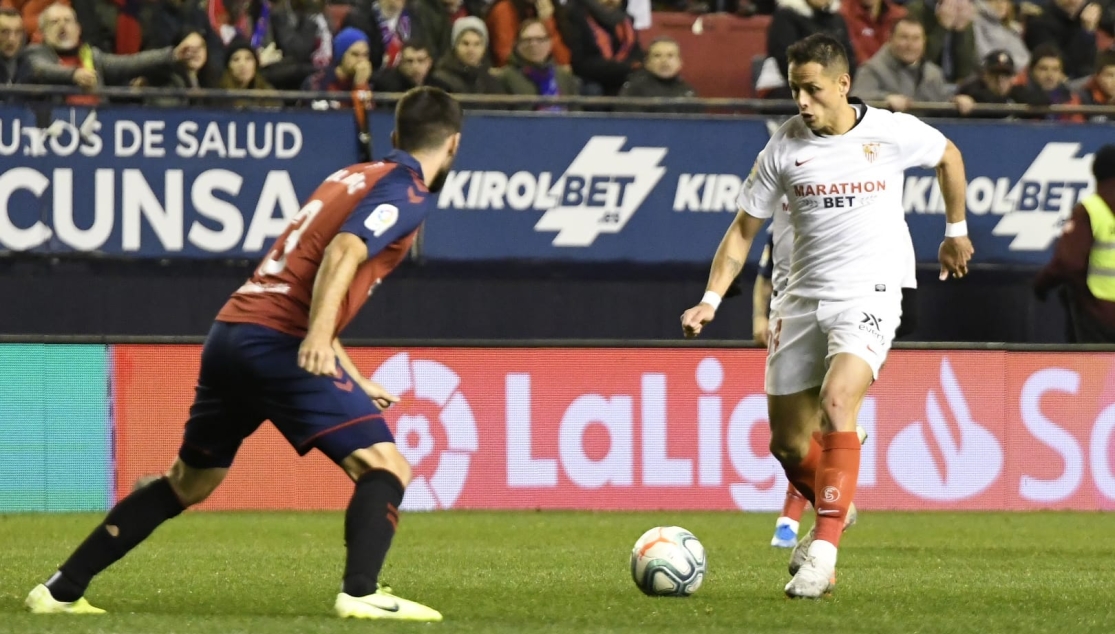 CHICHARITO: "WE ALMOST GOT THE WIN"

"The team's effort deserves to be praised"

Chicharito Hernández who started last night's match in El Sadar and played the full ninety minutes, spoke to the media after it: "We nearly did enough to get all three points, but we were well aware of the team we were playing against and you have to give them credit. We didn't have luck on our side, and we leave with a feeling of 'what if'. We gave it everything we had and now we must start thinking about the next game".

He went on: "We always want to win every game. The offside was fair, as well as the penalty that was overturned. I've always said that above everything else, we like creating chances and that's football. The team's effort deserves to be praised".

"As for the penalty decision, we both touched the ball and it was hard to tell what it was exactly. But this is what the technology is for, to help what the human eye can't see. Sometimes it works with you, other times it doesn't".