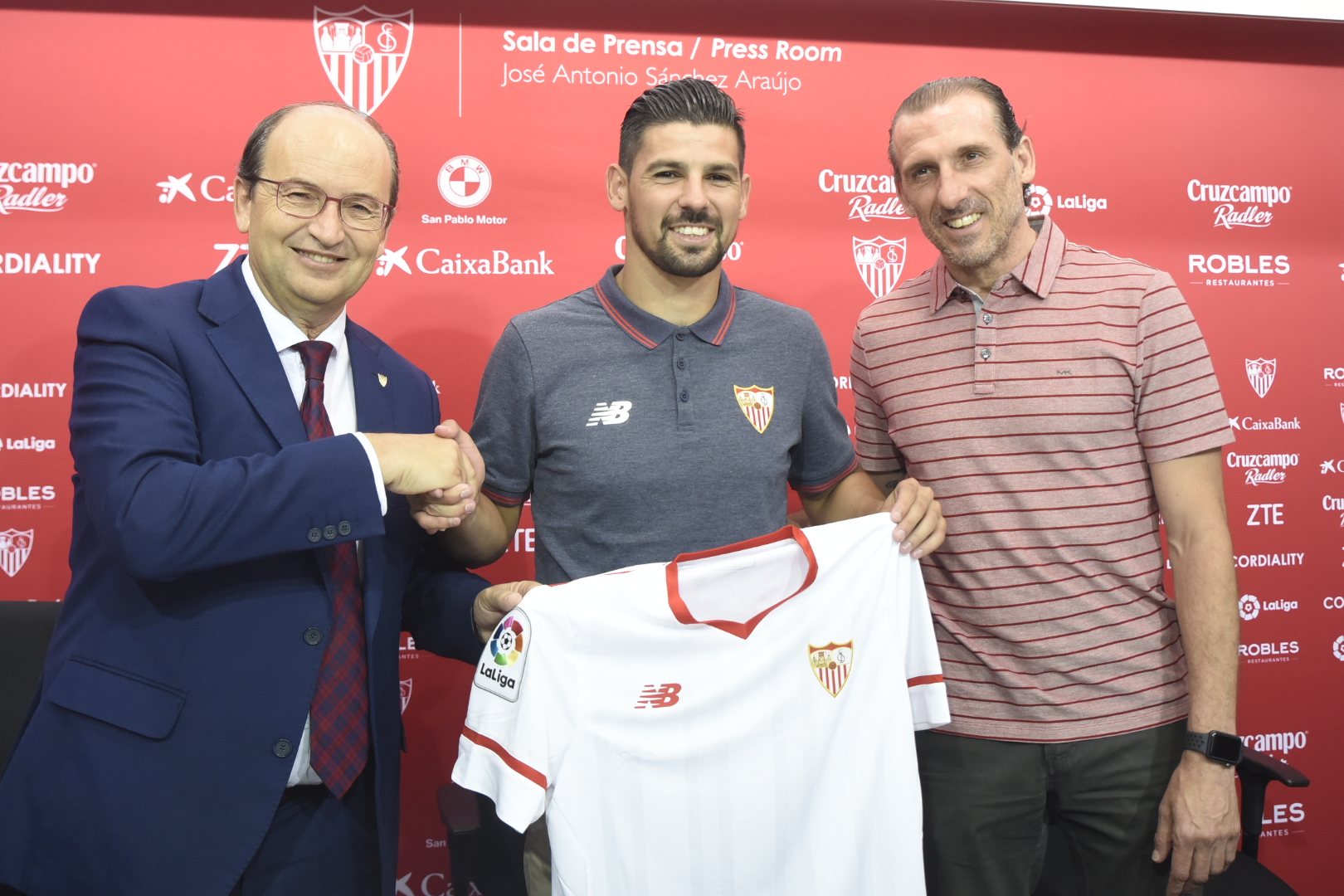 CASTRO: "SEVILLA MADE AN EFFORT TO SIGN NOLITO, BUT SO DID HE TO BE HERE"

Entradilla
"To compete in the Champions League group stage for three years in a row would give us a big reputation. It would mean that we're growing"
Cuerpo Superior

Club President Castro faced the media during former City player Nolito's presentation. As usual, several names came up, such as Navas and Jovetic, as well as the Vitolo case. Speaking on the first two, there was no news: "We're waiting for a response. It's a pretty generous offer and we've made a significant effort. He also would like to play for Sevilla. We can't say anything more. Also, we've been trying with Jovetic for a long time but haven't reached anything complete. It's a more open option. Jovetic is not a closed one as nothing which this club is interested in is 'closed'".

Furthermore Castro re-echoed the position of the club regarding Vitolo's case: "We've already said it. We've decided to go against all parties in this case who have mistreated the club and the President. We have trump cards we can play against the teams and people involved. We will do it without rushing, but also without pause. There are two law firms working on it. We are going to respect Sevilla Fútbol Club. What happened, from our point of view, is very unfortunate. Subjecting the Vitolo issue to a judicial process means doing everything jurists tell us to do to defend Sevilla's interests".

During the presentation, and commenting on the signing of Nolito, Castro also wanted to make it clear that the player has always wanted to come to Sevilla: "Sevilla has made a significant effort to bring Nolito here but so did he, to be here at Sevilla".

To conclude, he spoke of the Champions League playoff, the most important summer date for the Club: "It's very important to get through it. To compete in the Champions League group stage for three years in a row is significant not just economically, but for our reputation. It would mean that we are growing".

First team
LOPETEGUI: "THE ONLY WAY TO GET RESULTS IS TO BELIEVE IN WHAT YOU ARE DOING MORE THAN EVER BEFORE"
Leer más
END_OF_DOCUMENT_TOKEN_TO_BE_REPLACED