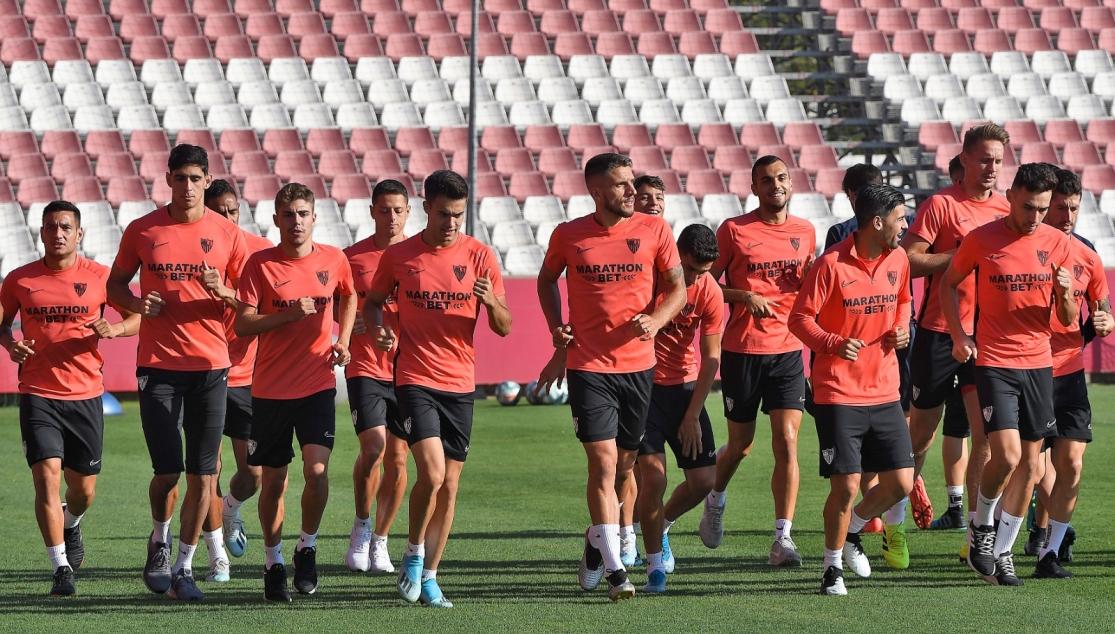 CARRIÇO BACK IN TRAINING TWO DAYS BEFORE BARCELONA CLASH

Not long after securing their second win in Group A of the UEFA Europa League against APOEL last night, Sevilla FC trained this Friday morning in the Ciudad Deportiva José Ramón Cisneros Palacios.

Julen Lopetegui and his squad are already preparing for Sunday's showdown with FC Barcelona in the Camp Nou, with the game scheduled to kick off at 21.00.

Daniel Carriço was back in training with the team, after having to come off injured in the defeat to Eibar over a week ago, and training on his own the past few days.

First team
THE BANEGA FAMILY, WITH THOSE MOST IN NEED IN ROSARIO DURING THE PANDEMIC
Leer más
END_OF_DOCUMENT_TOKEN_TO_BE_REPLACED