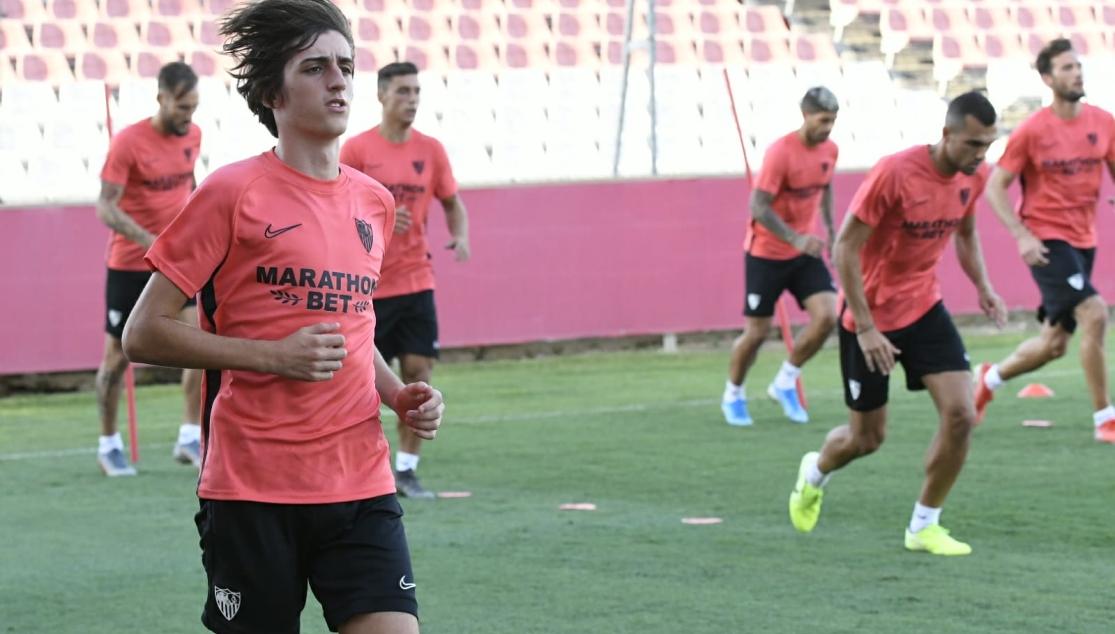 On Monday evening, Sevilla FC returned to training at the Estadio Jesús Navas at the Ciudad Deportiva José Ramón Cisneros Palacios. This session brings to an end the short break that the players have had since Friday, as a result of the international fixtures.

Training was planned by Julen Lopetegui and his coaching staff, and Bryan Gil was present after returning from international duty with Spain U19. Lucas Ocampos continued his recovery by training separately.

The squad are already focusing on next Sunday's match which is against Alavés at 14:00 in Vitoria, the fourth league match of the season.