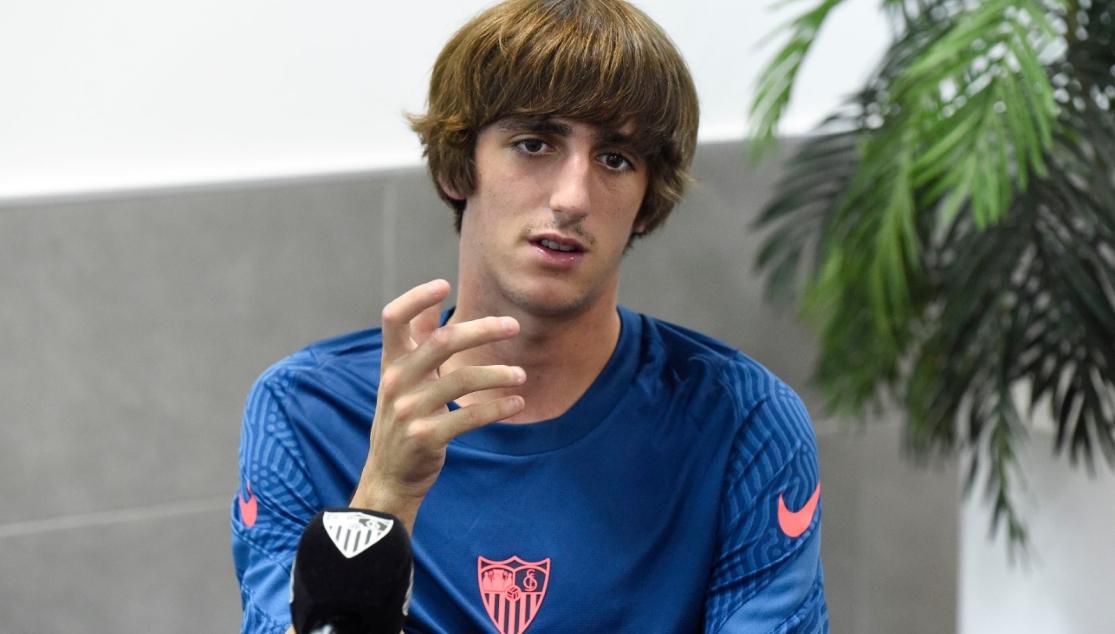 BRYAN: "THE LOAN AT LEGANÉS WAS VERY GOOD FOR ME"

"Óscar Rodríguez helped me a lot when I arrived there"

Academy graduate Bryan Gil spoke to official media just hours after the side's arrival in Algorfa, and is very happy to be back with the team: "I am very happy to return to my home and see my teammates and the coaching staff. I already knew what this group was, but I found it to be even more united. I am surprised that after so many achievements and so many victories they are even more united".

The man from Barbate was positive about his loan spell at Leganés in the latter half of last season: "I think it was very good for me, I could play top-flight matches, I've got a bit more experience and I'm coming with the same excitement and eagerness. It was very important to be here, more so when you've been dreaming of being a starter for Sevilla since you were little. I'm think I'm ready to have minutes here". He also has the confidence of Lopetegui: "He tells me to keep going with desire and excitement because the opportunities will come. For me all the minutes I have here are opportunities and it is very good".

"Óscar helped me when I arrived at Leganés"

He is also surrounded by many other academy players, something he likes to see: "It's nice because those of us who have been here since we were little know how difficult it is to get here, even more so now in the Champions League. The fact that so many of us here is very important". He was also very happy to see Óscar Rodríguez again: "When I arrived there he helped me a lot, here I wouldn't do any less. We made very good friends and I was very happy when I found out that he would come because he is a very good teammate and he is going to contribute a lot to Sevilla. His strike of the ball is something I'd never seen in my life, he's very young and talented".

His short-term objectives are clear: "Work hard to find myself a place here, being able to stay and playing as many minutes as possible".