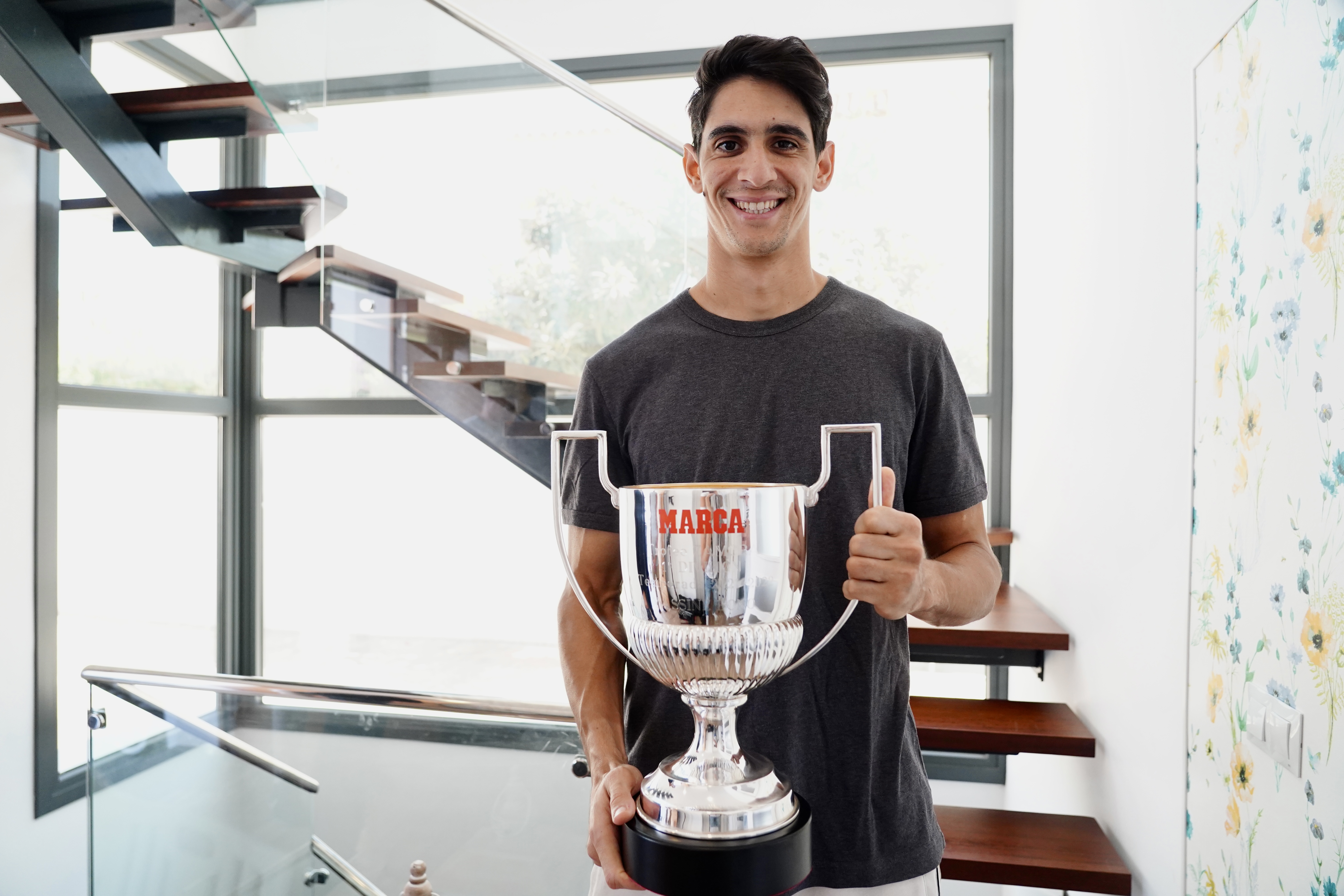 Yassine Bono, who the other night in Sevilla played his final match of the international break with Morocco, received his Zamora Trophy which he won for his outstanding performances last season.

Our starting keeper received the trophy from Marca, who give this distinction to the goalkeeper who concedes the fewest goals in the campaign, with Bono's 24 goals conceded in 31 games being enough to secure the silverware.

Sevilla FC, with invaluable help from the Moroccan, also managed to achieve for the second time in our history the title of best defensive record in the league. However, the first time round, in the 50/51 season, the prize was not won by our goalkeeper at the time, José Maria Busto.

The award-winner stressed that "it's a massive honour, it's something very important to me. I have to thank all the people of Sevilla, all those that work for the club and help us every day, without them it wouldn't be as easy. I hope we can all share this victory."

"It's a great pleasure to be the first in the history of club to win this prestigious award and I will continue to work hard to meet the high standards of my beloved Sevilla."

"We have always been a winning team and a team with character, when faced with difficulty we always rise to the challenge. This will continue to be the case, without a doubt," he finished.