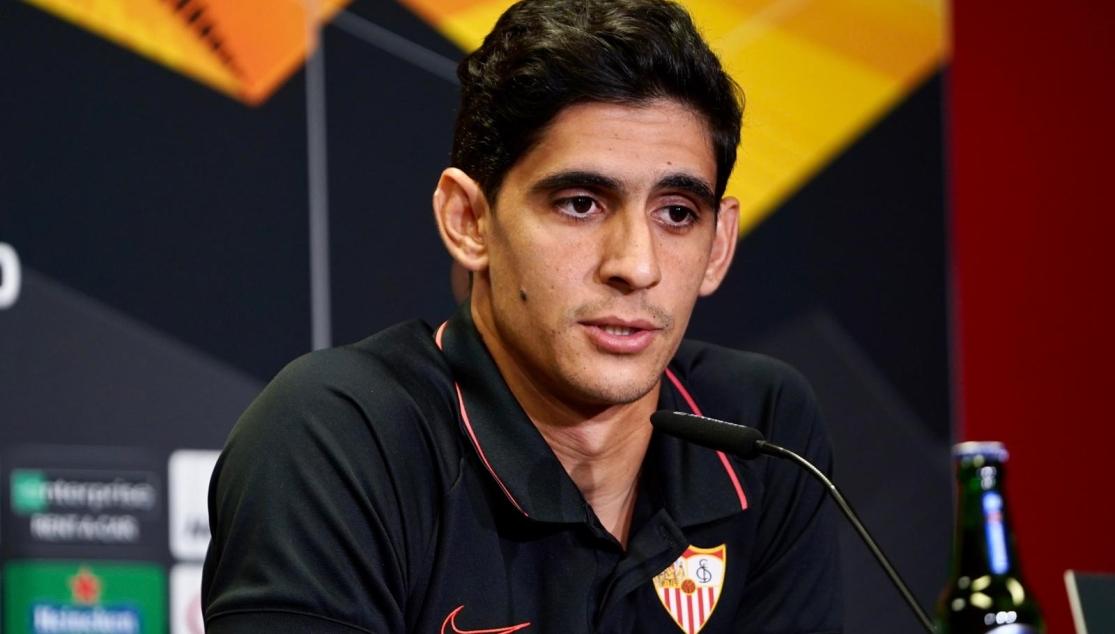 BONO: “I ALWAYS FELT LIKE I WAS ON BOARD WITH THIS TEAM”

Bono, Sevilla FC goalkeeper, appeared alongside Julen Lopetegui at the pre-match press conference ahead of tomorrow's match against Manchester United. The goalkeeper said he wants to approach the match "with lots of excitement, responsibility and desire".

When talking about what they had learned about their opponents, especially after saving Raúl Jiménez's penalty against Wolves on Tuesday, Bono explained that, "in every match you study everything, but that does not stop moments happening. The moment is where everything really happens. United have players of real talent up front, and in the end that causes penalties. The rest of it, we study every match, but the moment when everything is defined remains the same".

On a personal level, Bono admitted he has always felt "on board with this team, whether I'm playing or not, playing well or not, whatever is happening... I always felt like a Sevilla player, ready to do my bit. That is conveyed to the group and the more players that are like this, we're closer to achieving objectives and making history".

Finally, he spoke about the return of Gudelj: "When a teammate goes through a tough situation and returns, and comes in the following day and you see him looking well physically, it encourages you, it gives you a boost that we've all noticed".