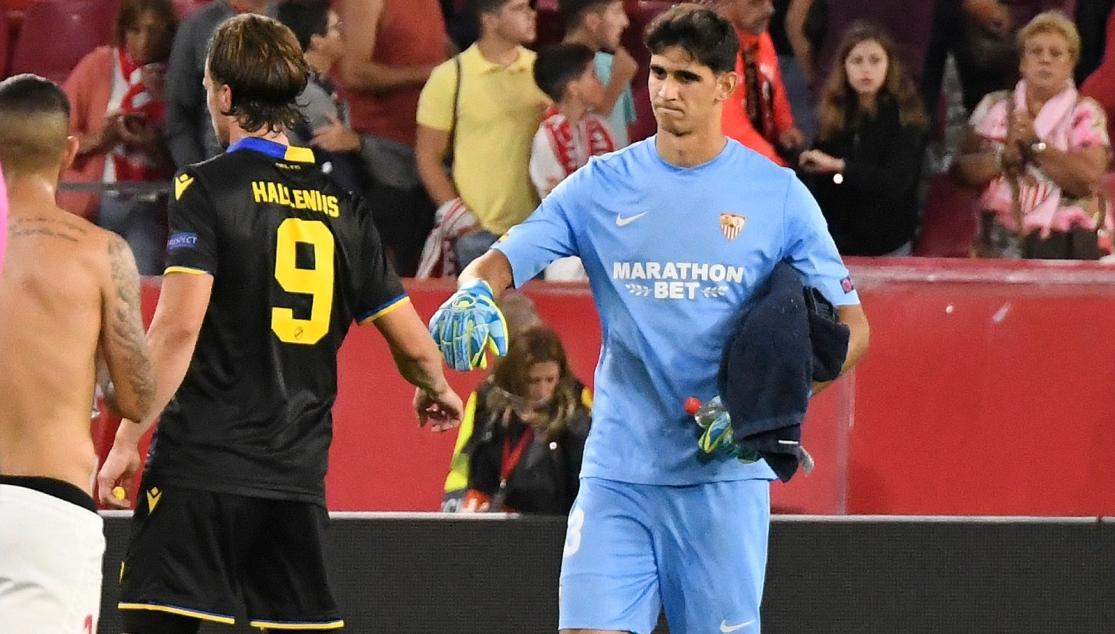 BONO: "IN THESE TYPES OF GAMES YOU HAVE TO STAY SWITCHED ON"

After making his debut, Bono spoke to the media after last night's victory over APOEL: "It was a difficult match, and for us goalkeepers it's always a little more tricky to play in. You have to stay switched on and be in the right position. However, the game went well and we won".

The team are playing well at the minute: "Right now, we have a strong mentality and we are getting better every game. Our objective is to keep on winning, and we travel to Barcelona with this exact mentality. We are well prepared to tackle these games head on". In addition, the Europa League is proving a very positive thing for the dressing room: "At the end of the day, the Europa League fuels the competition within the squad and this can only be a good thing. Those that haven't played as much up until this point have proved, through this competition, that they are at a good level and that they are ready when called upon".

To finish off, he spoke about Sunday's fixture in the Camp Now: "Everyone knows who Barcelona are, but we will go with our own ideas, carry our own threats and as always, respect the opponent. We want to continue improving and I believe we can get something out of that game".

First team
THE BANEGA FAMILY, WITH THOSE MOST IN NEED IN ROSARIO DURING THE PANDEMIC
Leer más
END_OF_DOCUMENT_TOKEN_TO_BE_REPLACED