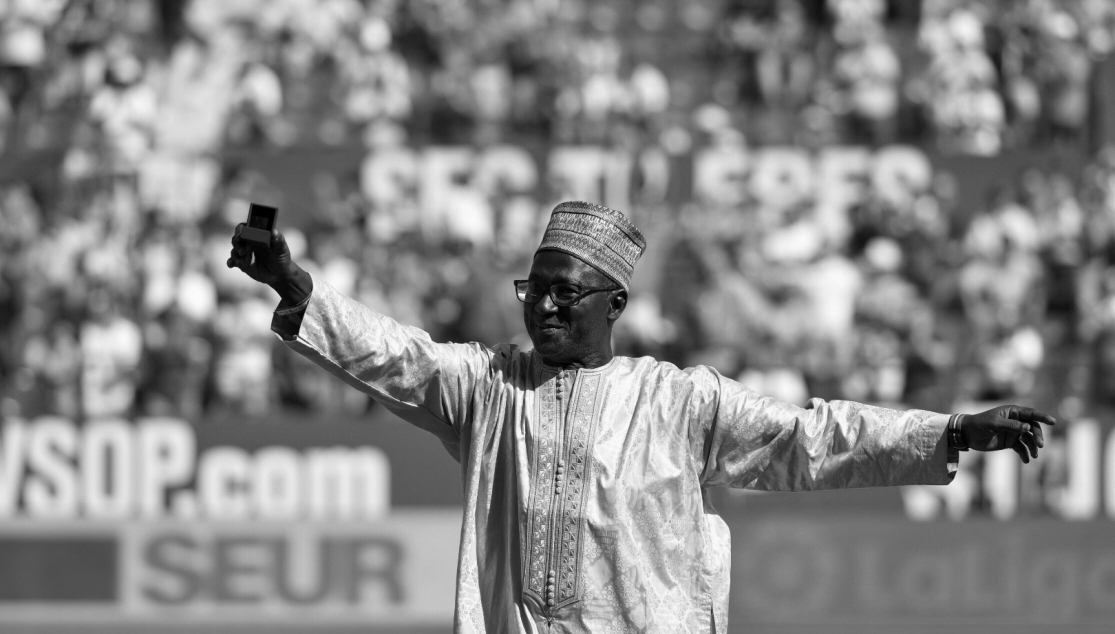 THE LEGENDARY BIRI-BIRI, AN ICON FOR SEVILLA FANS, PASSES AWAY

Entradilla
The Gambian has not been able to overcome an operation he underwent in a hospital in Dakar, Senegal
Cuerpo Superior

Today, Sunday 19th July, is a dark day for the Sevilla FC family. Alhaji Momodo Njle, known as Biri-Biri, passed away this morning in a hospital in Dakar, aged 72. The ex-footballer had recently underwent an operation and was unable to pull through.

Biri Biri came to Sevilla FC from Denmark in 1973, when Sevilla were fighting to get out of the Second Division. The Gambian winger stayed at the club for five years, the first two while Sevilla were in the second tier, and his 14 goals in 1974/75 were key to the team's promotion. In total, he played 109 times for the club, scoring 34 times.

He scored 34 goals in 109 matches for the club, and was a vital player in the promotion-winning side in the 74/75 season

Many players have a better record in the club's history, but few have left such a mark on the fans like him. Those five years meant that the Gambian international left a legacy in the hearts of Sevilla fans which will never be forgotten, as both a legend and idol. He would go onto receive the gold insignia of the club in front of a packed Ramón Sánchez-Pizjuán in 2017.

Biri left the team in 1978, but those five years in Nervión left a mark on the Gambian man. He visited Sevilla many times, twicein recent years. As well as his return in 2017, he came back at the end of September 2019, his final trip to Sevilla. "People love me, and I love Sevilla", he said in an interview, in which no one could imagine it would be his final time in the city.

Sevilla FC have made a request to LaLiga for a minute of silence in his honour before tonight's match against Valencia and will wear black armbands. Rest in peace, Biri-Biri.

First team
LOPETEGUI: "THE ONLY WAY TO GET RESULTS IS TO BELIEVE IN WHAT YOU ARE DOING MORE THAN EVER BEFORE"
Leer más
END_OF_DOCUMENT_TOKEN_TO_BE_REPLACED