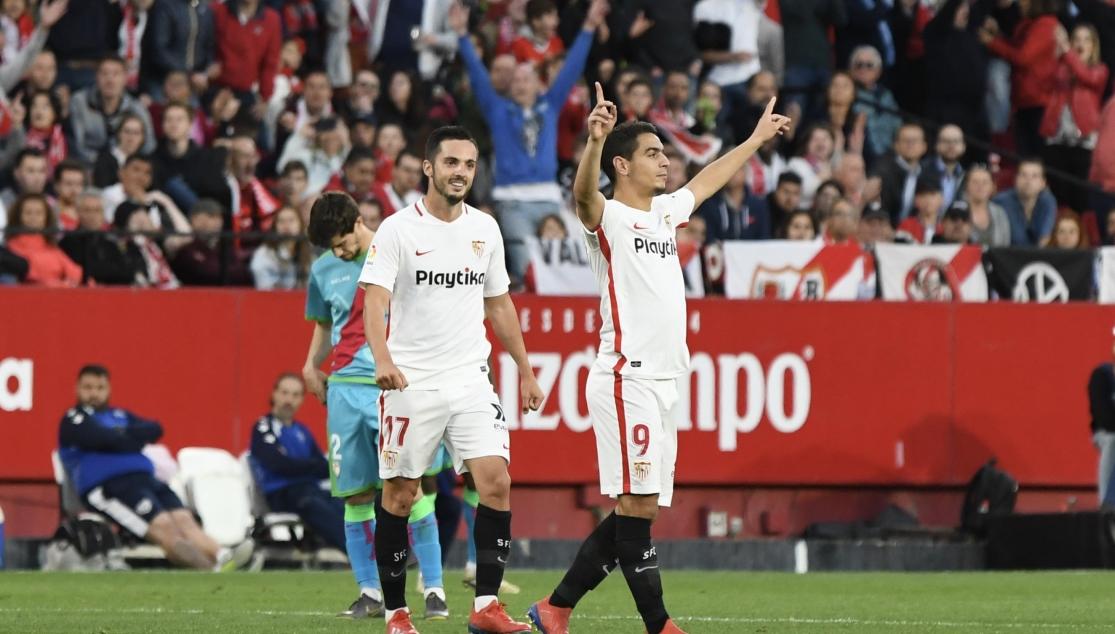 BEN YEDDER AND SARABIA: TOP 10 IN GOALS AND ASSISTS IN LA LIGA SANTANDER 18/19

The French striker contributed to 27 goals, only behind Messi. Sarabia played a part in 25, the sixth highest in the league

The Ben Yedder-Pablo Sarabia partnership has been one of the highlights of this 2018/19 season. Both of them were some of La Liga's standout players this season after becoming a true nightmare for defences around Spain. Wissam Ben Yedder ended the league with 18 goals and nine assists, contributing to 27 goals in total in the league. In this statistic, Ben Yedder is only beaten by Messi who recorded 36 goals and 16 assists. Ben Yedder is level with Luis Suárez and Karim Benzema with whom he shares the second spot.

Pablo Sarabia finds himself in sixth place regarding goals and assists. The winger contributed to a total of 25 goals this league campaign with 12 goals and 13 assists. Ben Yedder and Sarabia's superb stats also branch out into other competitions. In the Copa del Rey, the French striker managed two goals, one more than Pablo Sarabia.

In the Europa League, many of the goals Sevilla FC scored were down to the two men. Wissam Ben Yedder scored ten goals and provided two assists, while Pablo Sarabia found the back of the net eight times and set his teammates up four times. Additionally, Sarabia managed to pick up a goal in the Spanish Super Cup against FC Barcelona. In all competitions, Wissam Ben Yedder and Pablo Sarabia contributed to 41 and 39 goals respectively. The French striker ends the season with 30 goals and eleven assists, and Sarabia can boast of 22 goals and 17 assists.

First team
ALFONSO PASTOR: "LOPETEGUI TRIES TO HELP US IN EVERYTHING AND GIVES US ADVICE"
Leer más
END_OF_DOCUMENT_TOKEN_TO_BE_REPLACED