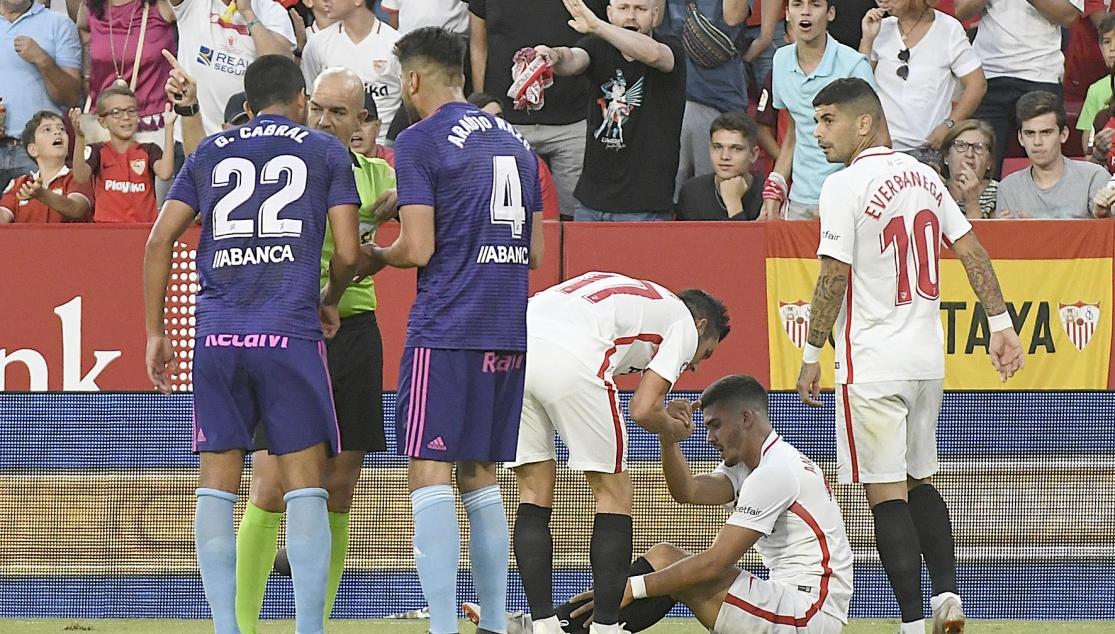 BANEGA: 'WE HAVE TO KEEP WORKING WITH HUMILITY'

The Argentine midfielder was grateful for the applause he received from the crowd: 'In the end, I responded on the pitch. They showed me a lot of support'

Ever Banega was interviewed after the win against Celta de Vigo and the Argentine midfielder stated that he was 'very happy, we're in good form and we want to continue like this.'

He also commented on the love affair he has with the fans in the Sánchez-Pizjuán: 'In the end, I responded on the pitch. They showed me a lot of support and I just focus on working together with the rest of the team.'

To conclude, he spoke about the last phase of the game where they were not able to make the most of their chances and Celta ended up scoring: 'In the last few minutes we relaxed a little bit and they got back into the game. We have to keep working with humility. This has just started, but the team has to continue going in the same direction.'

First team
THE BANEGA FAMILY, WITH THOSE MOST IN NEED IN ROSARIO DURING THE PANDEMIC
Leer más
END_OF_DOCUMENT_TOKEN_TO_BE_REPLACED