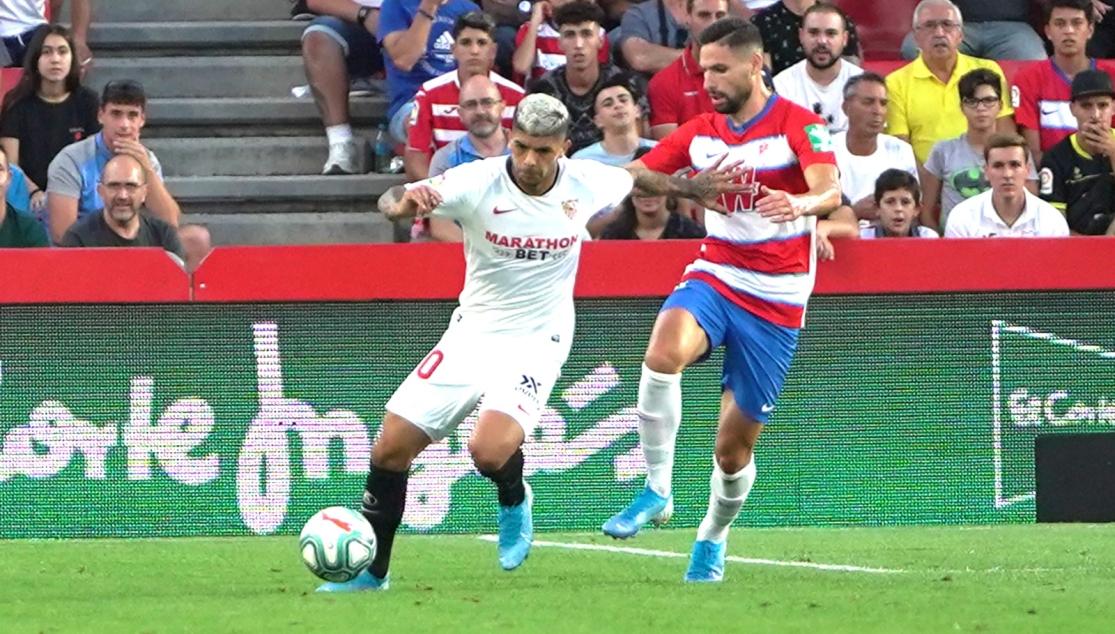 BANEGA: "WE NEEDED TO WIN THIS GAME"

Banega showed his satisfaction after playing in his first official match of the season, after not being able to play in Barcelona because of a suspension. He played in the victory over Granada; a game in which "although being a tough place to come, we needed to get the win. I'm happy because we took all three points home with us".

Moreover, he said he felt comfortable playing further up the pitch than what he has been used to over the previous seasons: "I will play wherever they tell me to, I worked just like I have done every year and there are no excuses. We are here to compete and are working hard in order to play for the full ninety minutes".

Not only was he happy with the victory, but also with keeping a clean-sheet: "It's always important, it's nice when you win and you also don't concede. Furthermore, there are a lot of new players so we must fight for our place in the starting eleven".

First team
THE BANEGA FAMILY, WITH THOSE MOST IN NEED IN ROSARIO DURING THE PANDEMIC
Leer más
END_OF_DOCUMENT_TOKEN_TO_BE_REPLACED