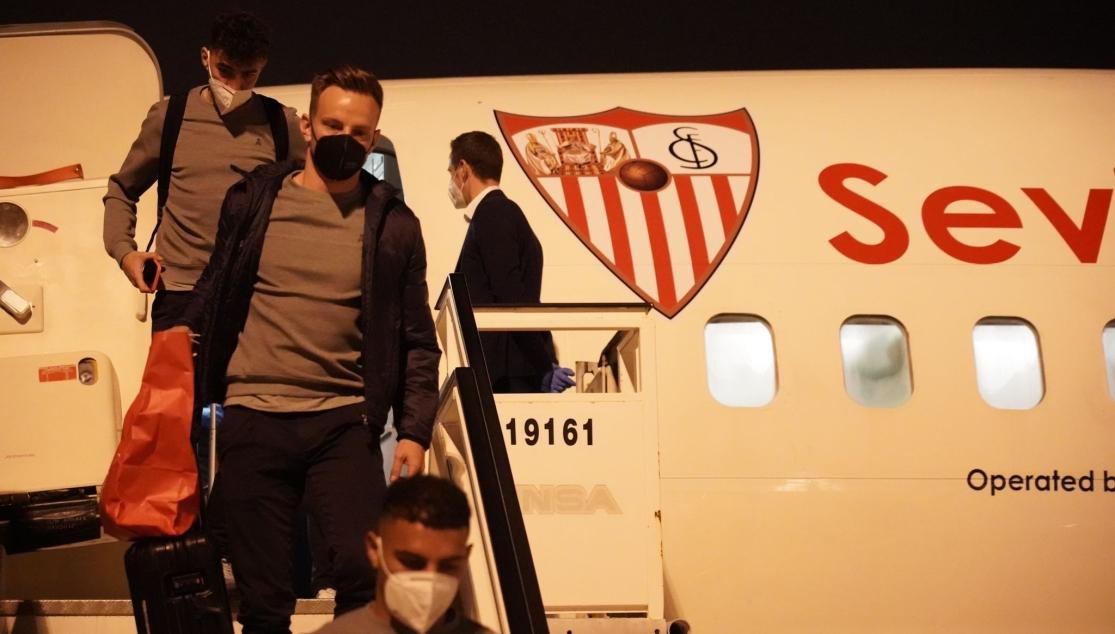 The team landed at Ciudad Condal around 20:00 CET

Sevilla FC have landed in Barcelona ahead of tomorrow's game in the Copa del Rey semi-final against FC Barcelona. The match will be the second leg of a tie which Sevilla are currently leading 2-0 after the victory two weeks ago at the Ramón Sánchez-Pizjuán. The Nervionenses landed at the Ciudad Condal around 20:00 CET after a ninety-minute flight from San Pablo Airport.

Julen Lopetegui's team will remain at their camp until it is time to head to the Camp Nou tomorrow with kick-off at 21:00 CET.