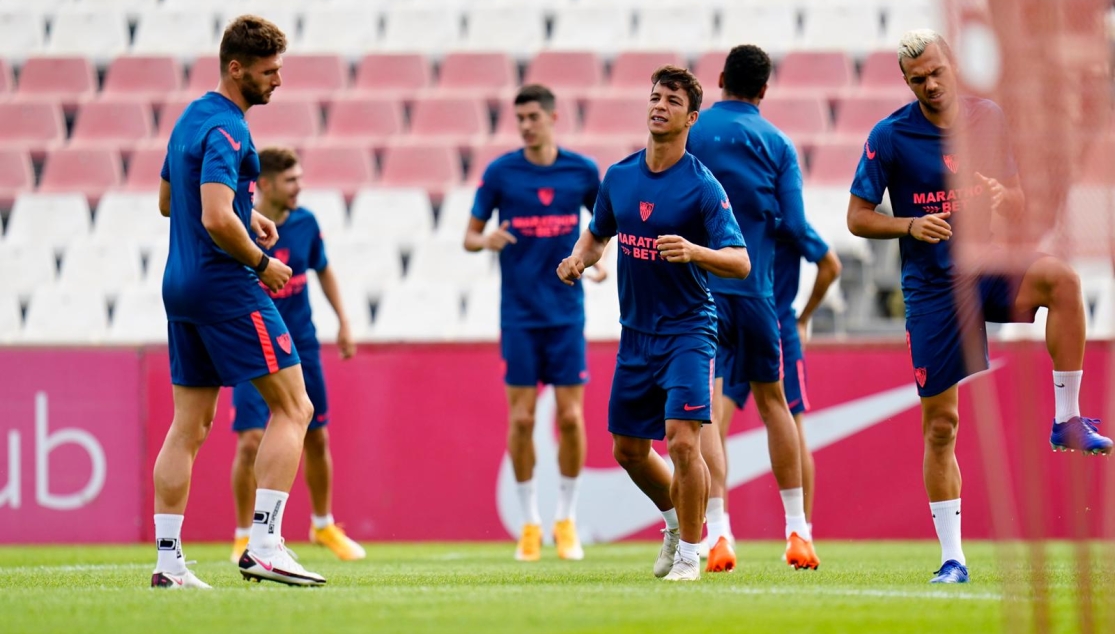 ANOTHER WEEK, ANOTHER EUROPEAN FINAL

Julen Lopetegui's side trained this Monday morning at the Ciudad Deportiva, the second training session back in Sevilla since their return from Alicante.

Sevilla FC were back at work this morning at the Ciudad Deportiva José Ramón Cisneros Palacios, continuing on from yesterday's work after the side had a day off on Saturday following their return from the training camp in Alicante.

The session marked the start of the week in which the official season will begin for the Nervionenses, with Thursday's match in Budapest against Bayern Munich in the European Supercup. With Munir back training, Lopetegui has the entirety of the squad at his disposal in preparation to face the Germans and to kick the league campaign off this Sunday away to Cádiz.