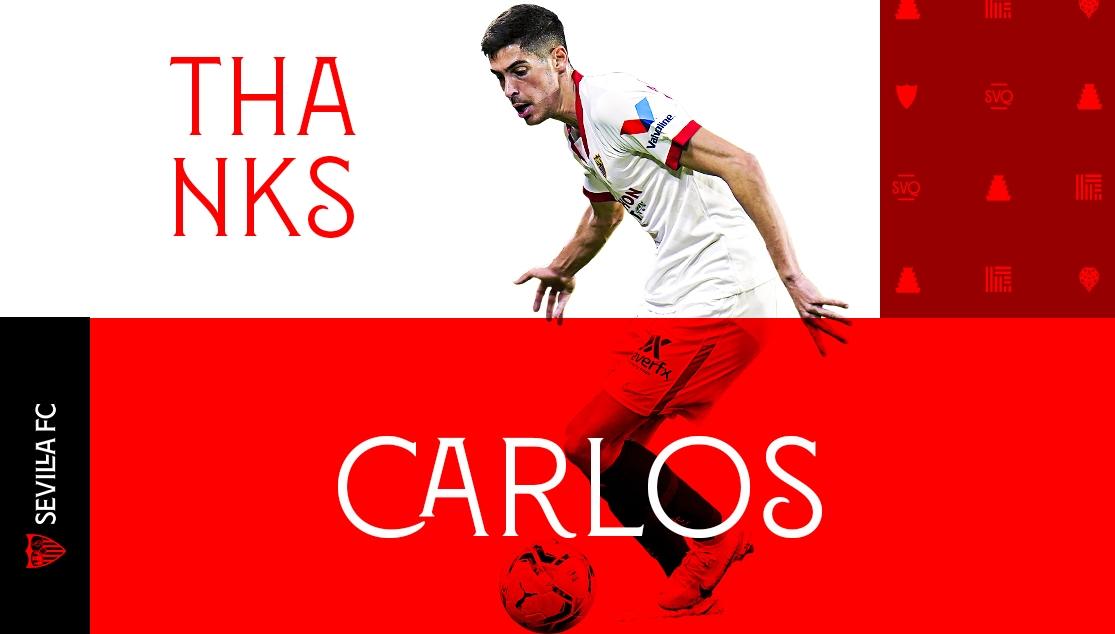 AGREEMENT WITH REAL SOCIEDAD FOR THE TRANSFER OF CARLOS FERNÁNDEZ

Sevilla FC and Real Sociedad have reached an agreement which will see Sevilla striker Carlos Fernández Luna join the San Sebastián side. The man from Castilleja de Guzmán, who joined the academy as a nine-year old, was part of the U16 side who were Andalusian champions and the U19 side who were Spanish champions, as well as achieving promotion to the Second Division with the reserves, Sevilla Atlético.

His first team debut came in the Copa del Rey back in the 2013/14 season, just before he made his LaLiga debut. He would later have loan spells at RC Deportivo de La Coruña and Granada CF. He played in 19 official matches for the first team, 16 in LaLiga, two in the Copa del Rey and one in the UEFA Champions League. He scored twice in league matches, against UD Las Palmas in 2016/17 and against Levante in 2017/18.

Sevilla FC would like to thank the player for his effort and performances during his lifetime at the club, and wishes him the very best of luck in the next stage of his career.