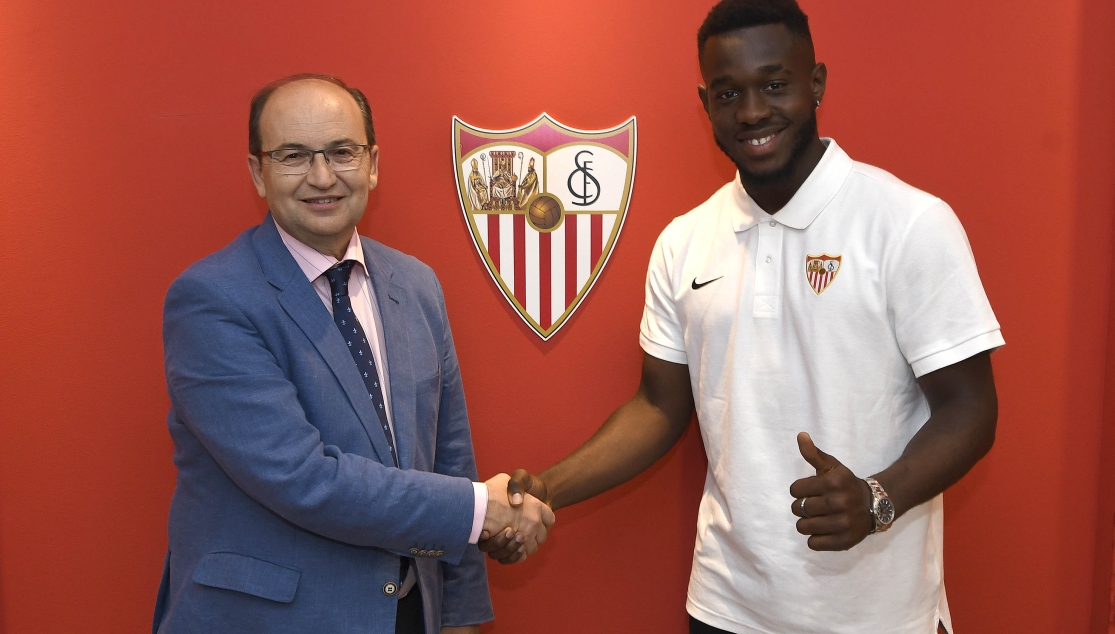 JORIS GNAGNON: PHYSICALITY FOR THE DEFENCE

The 21 year old French centre-back joins from Stade Rennais, where he was a First Team regular last season

Sevilla FC and Stade Rennais FC have agreed the transfer of 21 year old centre-back Joris Gnagnon to the Nervionenses. The move is subject to the passing of a medical due to take place in Seville and the signing of contract that will keep him at the Club for five seasons.

Born in Bondy in the North of Paris, Gnagnon was grown in varying Clubs in the French capital before he moved to Rennes in 2014 to join the youth ranks of the rouge et noir Club. After making the leap from the youth side to the reserves, his debut in the First Team would come in January of 2016, just three days after his 19th birthday. Gnagnon would come on after half-time in an away fixture with Troyes that his team would end up winning 2-4. In the same season he would play six matches in Ligue 1 and one in the French Cup.

Nevertheless, his true turning point would come in the 16/17 season, when he would begin to become a First Team fixture - starting for the first time in a home clash against Metz. From that game, he would only miss 104 minutes of football, making appearances in 27 Ligue 1 matches (starting in all of them) and scoring one goal against Nantes. He would play two games in domestic cup competitions with a goal coming against Biarritz.

Last season was another success for Gnagnon, who once again showed his unarguable value to the team when playing 36 of Rennes' 38 league games. His goals against Marseille and Monaco stood out in a season that also saw the defender make five cup appearances. To top things off, he also made his debut with France's U21 side in a friendly against Switzerland.

The Club
JUAN JOSÉ JIMÉNEZ: "THE SPORTING WORLD IS SETTING AN EXAMPLE TO EVERYONE"
Leer más
END_OF_DOCUMENT_TOKEN_TO_BE_REPLACED