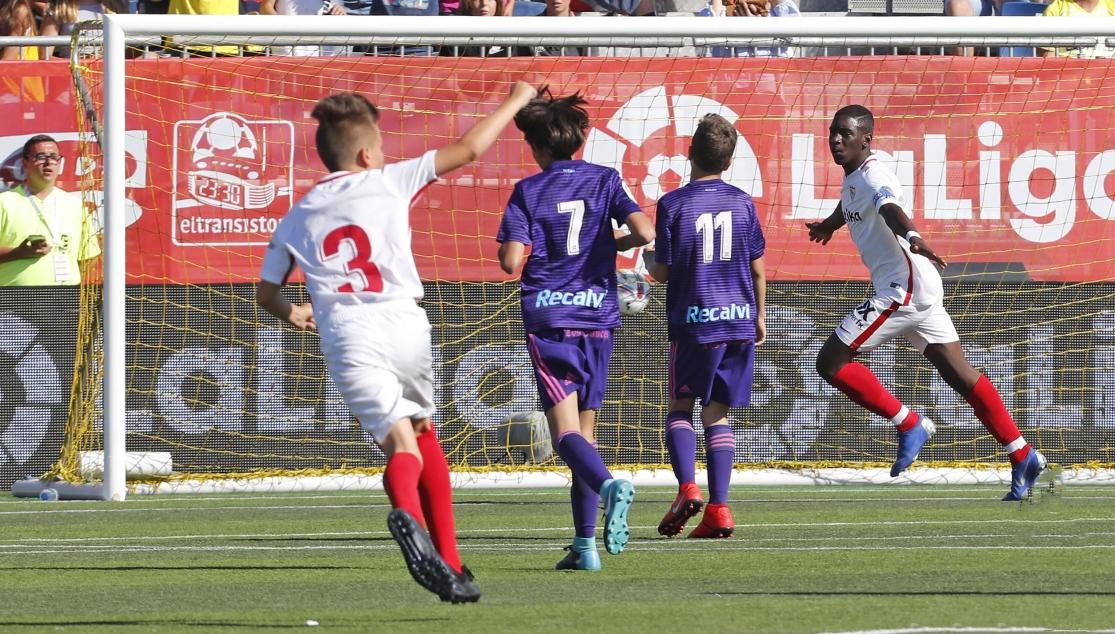 Sevilla academy's outstanding performances in the LaLiga Promises tournament keep rolling in. Following a good results against Villarreal and Real Betis, Fernando Cáceres' side beat RC Celta Vigo 2-0 to advance to the semi-finals.

The difference came in the second-half, when Ibra - undoubtedly one of the shining stars of the tournament so far - opened the scoring. Not long after, Rubén Pardo would put the nail in the coffin when scoring a true GOLAZO, which will feature as one of the best goals of the competition. Sevilla will now face FC Barcelona in the final four.