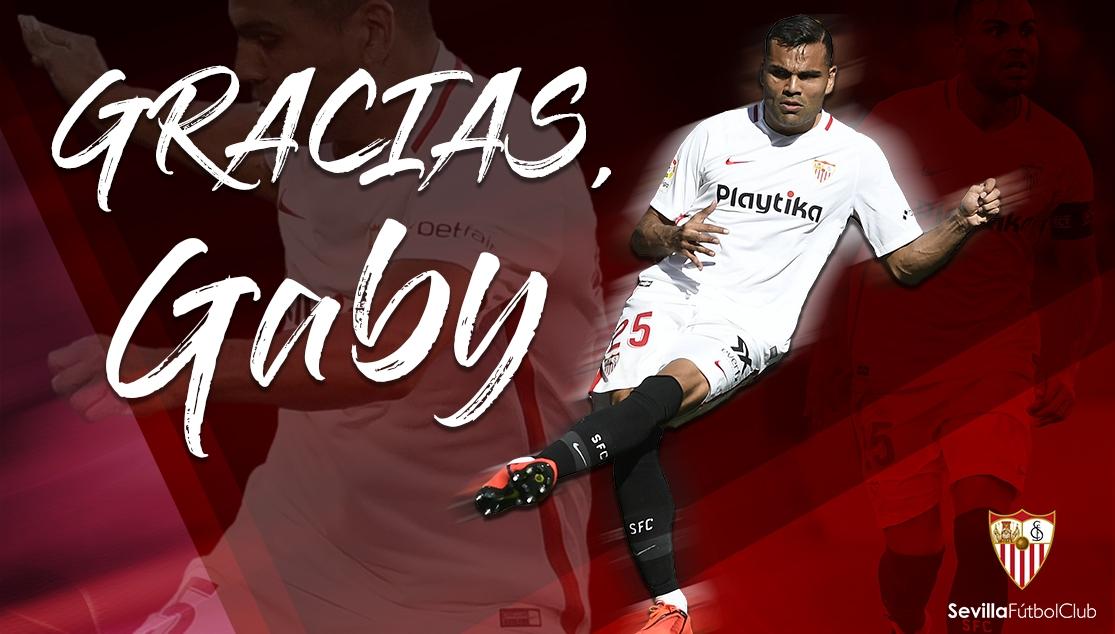 The Argentinian centre-back, whose contract expires this season, will now join Qatar's Al-Rayyan SC. He made 117 appearances in three seasons at Sevilla FC

Gabriel Mercado, whose contract is due to end on June 30th, has signed for Qatari Club Al-Rayyan SC. The Argentine international defender leaves Nervión after three campaigns as a permanent fixture under a number of different coaches. In total, he has played 117 games for the Nervionenses, scroing 6 goals - 2 of them clinching three points in derbies.

Mercado was one of the Club's captains during his second and third seasons. With Sevilla, he has qualified for the Champions League once and twice for the UEFA Europa League, as well as qualifying for the 2018 Copa del Rey final and participating in the historic win at Old Trafford, which saw Sevilla qualify for the Champions League quarter-final for the first time in 60 years.

Sevilla FC thanks Gabriel Mercado for his commitment to the Club and wishes him all the luck in the world for his new adventure.