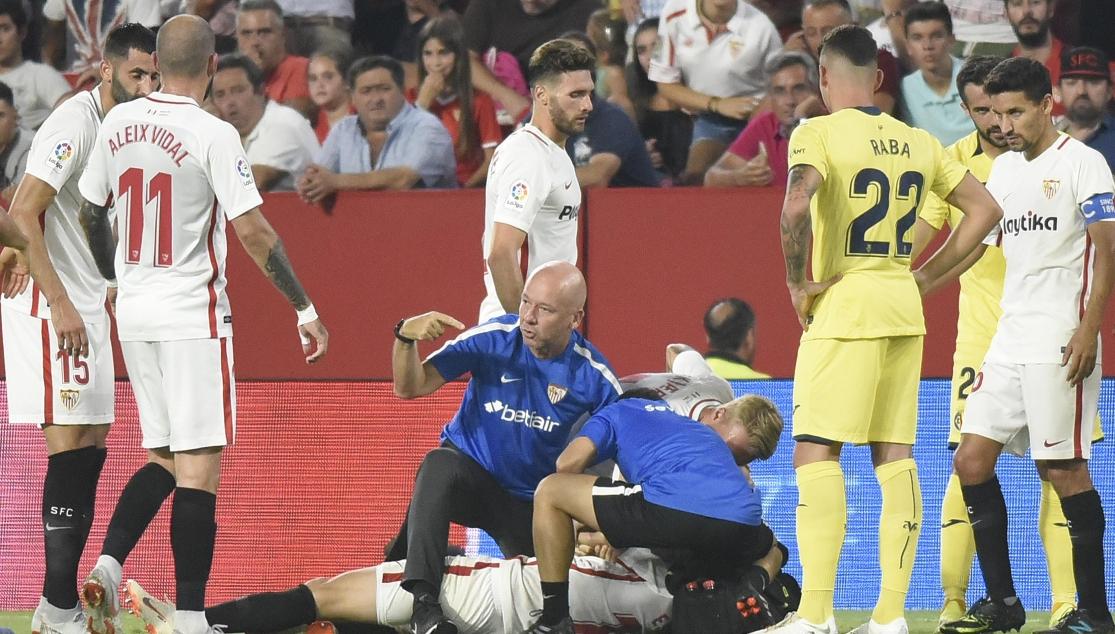 ESCUDERO AT HOME, AWAITING DEVELOPMENT TO RULE OUT A BREAK

Though no fracture has been seen in his left elbow, he will need to wait for inflammation to reduce before it can be ruled out totally

After spending the night in Fremap, where he was admitted at the end of Sevilla FC's match with Villarreal CF, Sergio Escudero has now been sent to rest at home. As Sevilla's medical department reported last night, in principle, no fracture has been observed in the player's left elbow, though there was a dislocation.

However, we will need to wait for inflammation to reduce before confirming with total certainty that no fracture has taken place. Once this has been established, a recovery estimate will be made. Escudero wanted to thank everyone for the support he has received through social media. He received messages not only from Sevillistas and teammates but also from clubs and players throughout Spain.