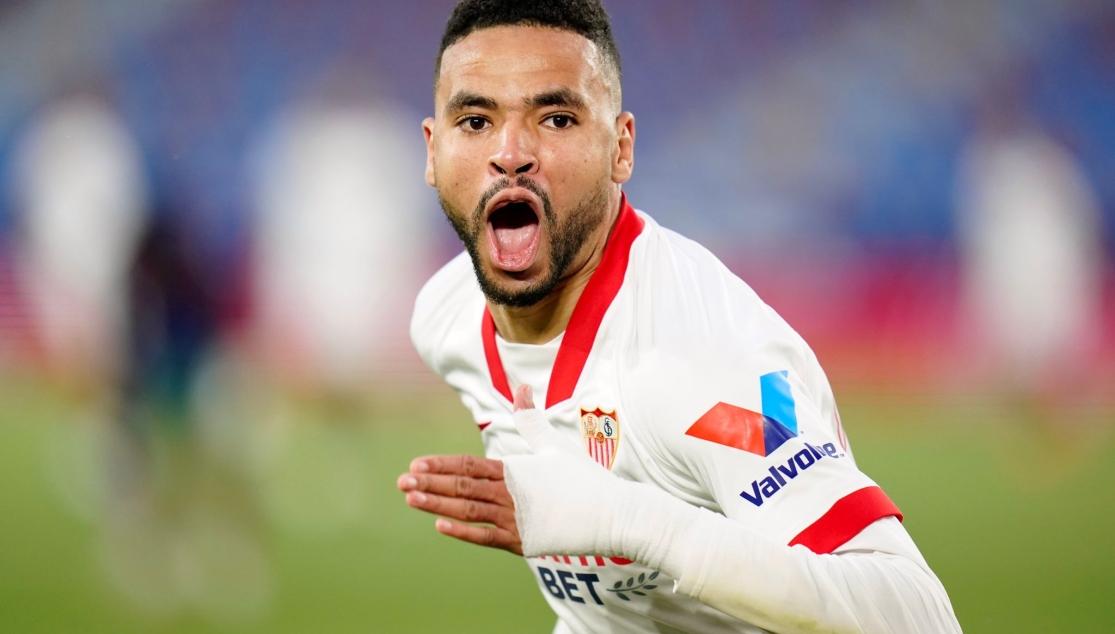 EN-NESYRI: 50 LA LIGA GAMES IN WHITE AND RED WITH SOME IMPRESSIVE STATS

The Moroccan striker has 21 goals between his two seasons, putting himself in third place of most goals scored after fifty games

Youssef En-Nesyri continues in his quest to both improve as a player and help Sevilla FC grow. The Moroccan striker, who scored the winner in yesterday's away victory against Levante UD, has now reached 50 games in La Liga in Sevilla colours in his two seasons. In those 50 games, he has helped the team to 29 wins and 12 draws with defeat coming in only nine games that Youssef is on the pitch.

The 23 year old's transformation has been most notable this season. Last season, Youssef played 18 league games and registered four goals in eight wins, eight draws and two defeats. This season, he has taken the next step with six games still to play and personal and team objectives up for grabs. He has not missed a match this season, either starting or coming on as a dangerous substitute. En-Nesyri has 17 goals in 21 wins, 4 draws and 7 defeats, highlighting his growth in importance for Julen Lopetegui's team.

He finds himself behind Baptista and Bacca and level with Kanouté

Going deeper into Youssef's goalscoring statistics, we find ourselves with one of the highest goal scorers for the Club in their first fifty matches. The Brazilian Julio Baptista leads the list with 31 goals and is followed by Carlos Bacca on 24. Youssef En-Nesyri shares third place with Frederic Kanouté on 21 goals.

Furthermore, En-Nesyri's goals have directly served for 24 of the 67 points won by Julen Lopetegui's team to date; in other words, Youssef is directly responsible for eight of the aforementioned 21 wins. The forward has scored winners against Levante UD, Real Sociedad, Huesca, Real Betis, Elche and Cádiz CF.

The player's post-match comments displayed his commitment to team work as he stated he does not keep count of his tally and 'the most important is getting the win for the team.' And the season still holds six games more for Youssef to continue his breakthrough season in what could be a historic campaign both for him and the Club.

First team
LOPETEGUI: "WE ARE WHERE WE ARE BECAUSE WE'VE HAD A VERY GOOD YEAR, NO ONE HAS GIFTED US ANYTHING"
Leer más
END_OF_DOCUMENT_TOKEN_TO_BE_REPLACED