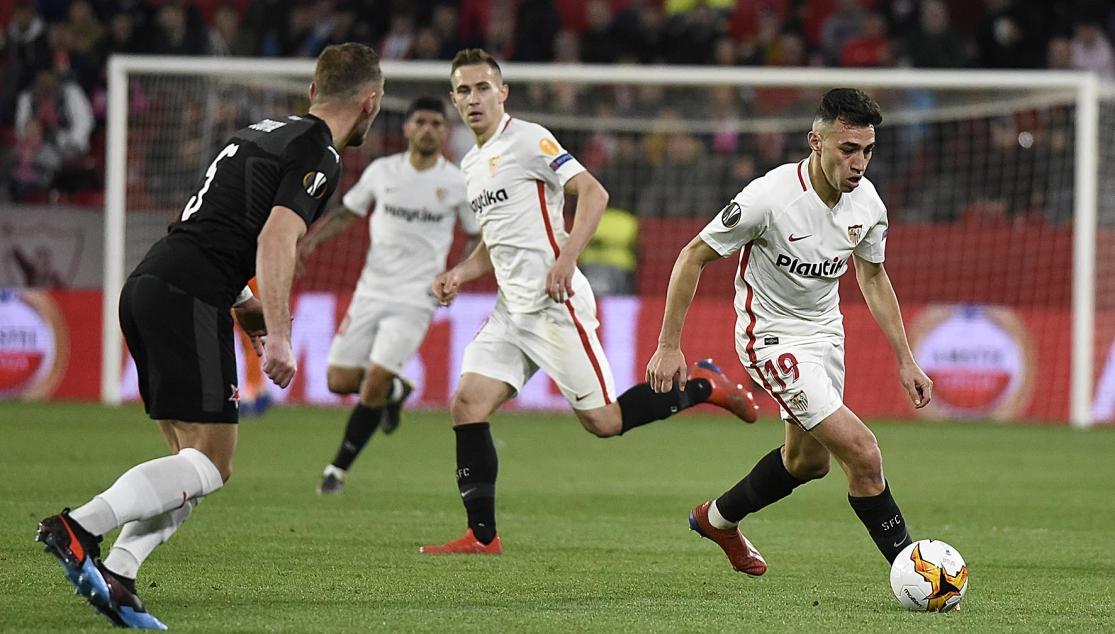 2-2: WASTEFULNESS FROM SEVILLA MEANS THEY MUST WIN IN PRAGUE

Not even Europe could relieve the pain this time. Sevilla FC will have to win in Prague next week - or a 3-3 or more draw - if they want to be in the quarter-finals of their competition. After a goal after 24 seconds the game was in Sevilla's favour, but Slavia took the two opportunities they had to bring back a positive result for them to the Eden Arena. The Czech's were physically strong and bet on their luck in the second half against the profligacy of Machín's side, who despite their many chances failed to beat Kolar more times. After failing to win in the first leg, the Nervionenses must go for the win in the Czech capital after doing so ten years ago. To add insult to injury, Vaclík and Wöber were forced off injured.

The end could have hardly been predicted with how the game started. The game was 24 seconds old when Banega intercepted the ball and fed Ben Yedder to slot past Kolar. Ben Yedder had another chance after 15 minutes which was cleared by a defender and it seemed like the Europa League was just the medicine that Sevilla needed. However, the first hammer blow would arrive soon after, with a long-range effort from Stoch deflecting off Banega into the top corner, making it impossible for Vaclík to save. It was the away side's first shot and it was the ultimate punishment. Fortunately, Machín's side reacted immediately and Sarabia won a corner after a great pass from Banega.

Although they quickly reacted with Munir making it 2-1, an implausible goal from Kral levelled it up again

The Argentine took charge of taking it and found Munir at the back post who finished with a superb volley. A Czech defender tried to clear it but he could not prevent Munir making 2-1, putting the game back in Sevilla's control. Rog, alone against Kolar, had the chance to score the third with ten minutes to go in the first-half, after which everything went against Sevilla. Wöber did not clear a corner well and the ball rebounded off Kral's shoulder, the player frantically looking for the ball, unaware that it was heading for the top corner of Vaclík's net. The Czechs had improbably made it 2-2 and to make matters worse Vaclík injured himself trying to keep the ball out of the net, being replaced by Juan Soriano.

Sevilla went out ready to change the game around and they soon had the ball in the back of the net. With Roque Mesa replacing the injured Wöber, Munir scored in the 52nd minute but Buquet's linesman ruled it out for an extremely close offside. Sarabia had a chance soon after with a shot at the back post from a Jesús Navas cross which Kolar did very well to save. It seemed as if Sevilla's third was coming with Slavia relying on their physical ability and trying to slow the game down through fouls. The Czech side committed 22 in the game compared to Sevilla's six.

Ben Yedder then hit the post but was offside, with Sevilla's best chance arriving soon after. Munir, unmarked in the six-yard box, could not fully reach a cross from Ben Yedder and headed over the bar, unable to make it 3-2. There was still 15 minutes to go in the game but fate was deciding that tonight was not going to be Sevilla's night. To make matters worse, the refereeing would go against Sevilla with Ben Yedder having a legitimate goal ruled off for offside. Despite the setbacks, Sevilla kept trying to get the goal that would give them the advantage in Prague.

Machín went for the game and brought on Promes for Banega with 15 minutes to go. The Czechs were smart and held a tired Sevilla out, even embarking on some counter-attacks. Not even the final minutes would serve for a remedy, with the game over by the time the linesman signalled for two extra minutes. Sevilla remain unable to get out of the run they find themselves in since the winter break and now Europe must be put to the side as Real Sociedad come to Nervión in the league. Then it will be time to think about Slavia again and in a victory to keep our European dreams alive. 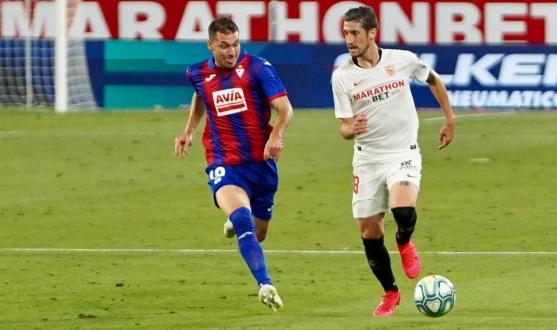 First team
ESCUDERO: "IT'S GOOD TO REACH 100 APPEARANCES WITH A WIN"
Leer más 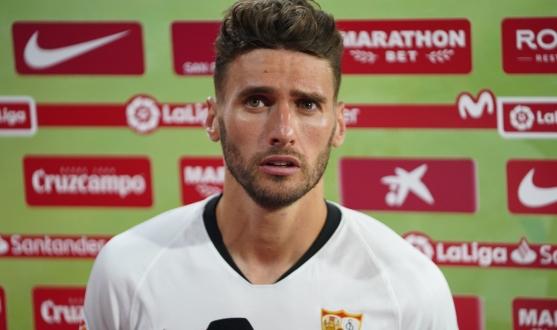 First team
SERGI GÓMEZ: "WE KNEW THAT ANY DETAIL WOULD MAKE THE DIFFERENCE"
Leer más 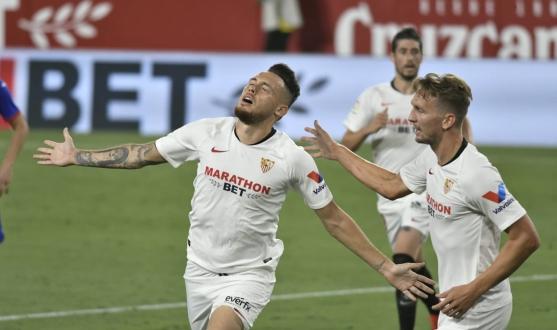