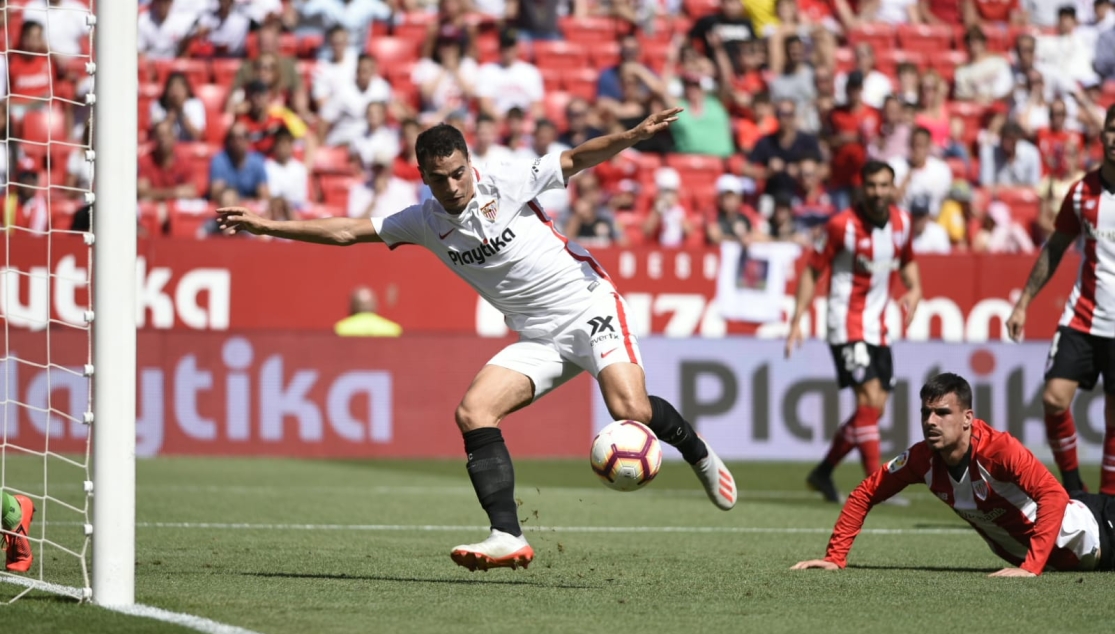 2-0: THE MIRACLE DIDN'T HAPPEN BUT A HAPPY ENDING NONETHELESS

Victory against Athletic Bilbao with goals from Ben Yedder and Munir which have the team finish in sixth and directly access the UEL group stage. Bilbao missed out on the seventh spot which goes to Espanyol

There was a lot of talk this week regarding the fact that Sevilla and Athletic Bilbao could finish in sixth and seventh spot respectively if they were to draw and not worry about other results. But, as Caparrós had said, his team went out to win and they did so to round off the season, sealing qualification for the Europa League group stage and avoiding the three qualifying rounds the team had to play this season. The other big hope, finishing in fourth, never came to fruition as neither Valencia or Getafe went behind in their matches.

It seemed as if the two teams preferred to wait during the first stage of the game and see what was happening in the other matches. Although Aleix Vidal - starting instead of an ill Sarabia - was very active, the game was played at a slow pace despite the heat not being quite as high as had previously been predicted at the start of the week. A couple of moments from Raúl García added a bit of spice to the game.

Both teams started rather slowly, with Sevilla's first chance coming after half-an-hour

Sevilla would have to wait half-an-hour for their first chance and it was a close one. Vidal whipped in a corner and Escudero, beating Beñat in the air, headed the ball just wide of Herrerín's goal. Sevilla began to get a hold of the game and Navas fired in a shot from range. And the goal would come soon after that.

Jesús Navas whipped in a cross which Dani García got to ahead of Ben Yedder. However, the defender sent the ball toward his own net and Herrerín was called into action to avoid the own goal. The ball remained motionless in the six-yard box and, with the goalkeeper out of action, Ben Yedder slotted it in. The referee blew for half-time and Bilbao went into the break still in seventh spot, however a goal for Espanyol would force them to equalise. After the break, Rog was forced off through injury and Gnagnon came on in midfield to accompany Amadou.

Rosales managed to score for Espanyol, putting Bilbao into eighth place. Almost immediately after the Basques thought they had a chance to equalise after the referee pointed to the spot, judging the ball to have hit Mercado's hand in the box. After some minutes, VAR sorted things out and the decision was overturned. Meanwhile, Caparrós gave minutes to Bryan and Nolito, returning to the team after his injury against Bilbao back in January.

Bilbao pushed everyone forward at the end and they almost scored the equaliser after Ibai Gómez hit the bar. In the resulting counter-attack, Munir would finish the game off. The referee brought an end to another season of football and, once more, Sevilla's name will continue ringing out throughout Europe.