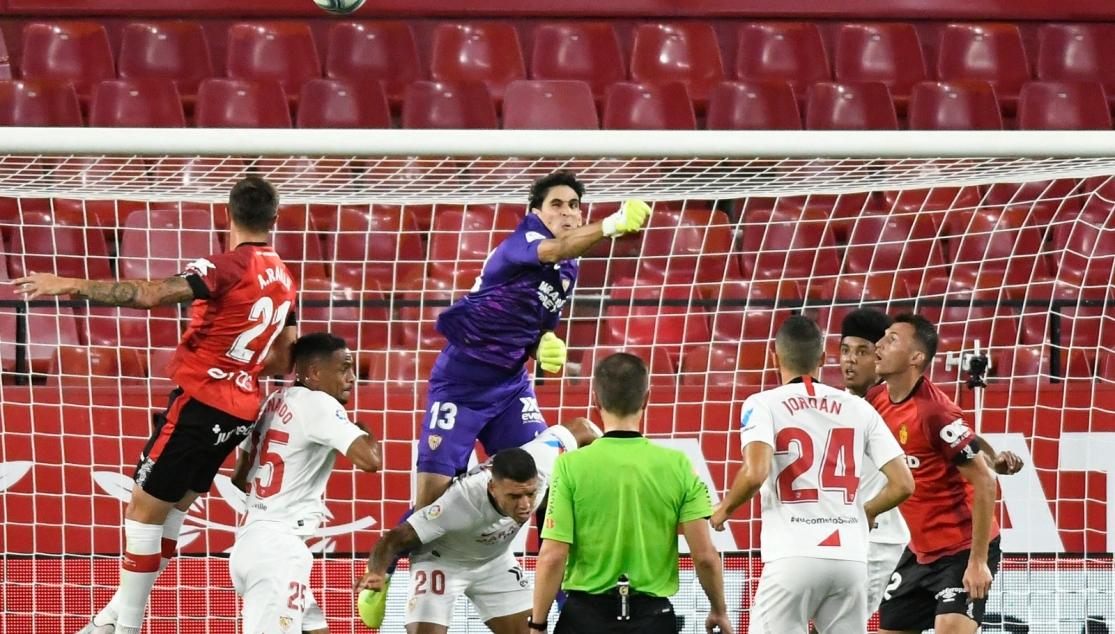 Julen Lopetegui's men have a better clean sheet percentage than the 2008/09 season, and are now very close to Atlético de Madrid for clean sheets this season

Sevilla FC are set on breaking their records. After last night's win over RCD Mallorca, the Nervionenses have 22 clean sheets out of 47 matches, a percentage of 46.8%, which beats the record set 12 years ago by Manolo Jiménez's Sevilla, when they kept clean sheets in 46.1% of their matches.

It is worth highlighting the efforts of Julen Lopetegui's men in this LaLiga season, where the backline again kept a clean sheet, and Bono too, starting his second consecutive league match, showed signs of growing and continuing to grow. That clean sheet has brought up 15 in the league this season, showing the strengths of a very committed Sevilla FC.

Comparing these numbers to other sides in LaLiga, Sevilla FC have now pulled level with Real Madrid for clean sheets in all competitions this season, with 22, provided that they do not keep a clean sheet against Diego Martínez's Granada CF. The Nervionenses are also within touching distance of levelling the record for clean sheets in the league this season, with Atlético de Madrid just one ahead on 16, with two matches to go.