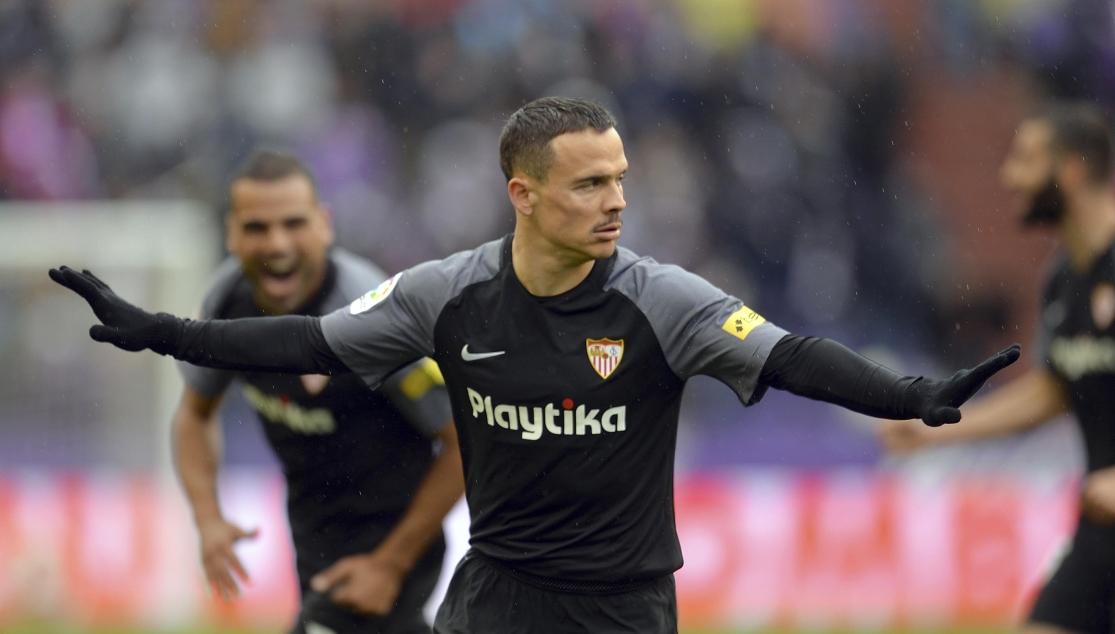 Late goals from Roque Mesa and Munir were the difference makers in a 0-2 win away at Valladolid. Sevilla move up to fifth, just one point behind the Champions League spots.

Three more points that keep Sevilla well within the fight for fourth place. Sevilla FC bagged their second consecutive victory away from home and finally overcame 23 years of drought in Valladolid this Sunday afternoon - where late goals from Roque Mesa and Munir were enough to secure 3 points. After a fiery first-half of limited chances, Caparrós' side were left frustrated by a goal ruled out by VAR. In the second a beautiful solo goal from Roque Mesa broke the deadlock before Munir sealed the victory in added time following a fine Bryan Gil assist.

Sevilla did not start as intended Zorrilla, where the first minutes were not exactly pretty. Although the team of Caparrós did try to impose their game - they also found themselves overrun at times, struggling to truly threaten the goal of Masip. Valladolid tried a more direct approach and came closer in their efforts. Their first chance came in the 7th minute, with an Alcaraz cross dropping uncomfortably close to the goal of Juan Soriano. Two minutes later the Nervionenses would reply - Gabriel Mercado hitting the bar after an Ever Banega corner.

Ben Yedder would find the back of the net on 32 minutes, but the header would be ruled out after a VAR review

Little by little the blanquivioletas stretched the visitors and had a number of opportunities. After a quarter of an hour Guardiola struck against the post after a fine Soriano parry landed at his feet, though any goal would have been ruled out for a clear offside. Shortly after, it was Keko who, with the goal at his mercy, dragged wide after a cross from the left. Soriano would be made to work minutes later, parrying Anuar's scuffed close-range shot after an uncharacteristic mistake from Carriço. In a rare attacking phase, Sevilla thought they had broken the deadlock through Wissam Ben Yedder just over ten minutes before half-time. The French striker would nod home Pablo Sarabia's inswinging corner, but after a VAR review, the goal would be ruled out thanks to an apparent push from Franco Vázquez in the build-up.

Although the setback disallowed goal is always unwelcome, this time, the decision seemed to spur something in Sevilla, who in the quarter of an hour remaining until the break kept the home side well at bay from Soriano's goal. Banega would have the final chance of the first-half, shooting down the throat of Masip's goal only to see his shot well held. Following the restart Sevilla came out even more lively with three big chances in quick succession. Ben Yedder would have the pick of the lot, scooping over the bar after a Sarabia cross gave him a big chance to break the deadlock.

Sevilla would come out very lively after the restart

The dynamic had certainly changed and Sevilla were certainly looking the more dangerous but now it was the final pass that kept the scores level. Caparrós looked to the bench to inject that extra bit of pace needed to find the goal. Teenage sensation Bryan Gil would replace Franco Vázquez, while Roque Mesa would take the place of Sergi Gómez. Both changes worked to perfection. In fact, Mesa would be the real difference maker - scoring a wonderful solo goal with just under 6 minutes to play. A masterful run and an assured finish would give Sevilla a much deserved lead after a dominant second-half. With Valladolid giving everything they had to find an equaliser, they would open up at the back and deliver Sevilla's second. A counter attack started by Bryan Gil would find the feet of Munir, who sealed the points two minutes into stoppage time with a fine finish.

Sevilla take advantage of Valencia's defeat and Alavés' draw to move up to 5th place - just one point behind Getafe in 4th. Attention will now turn to next weekend's Gran Derbi against Betis, which could prove to be a pivotal game in the end to the Nervionenses' season.