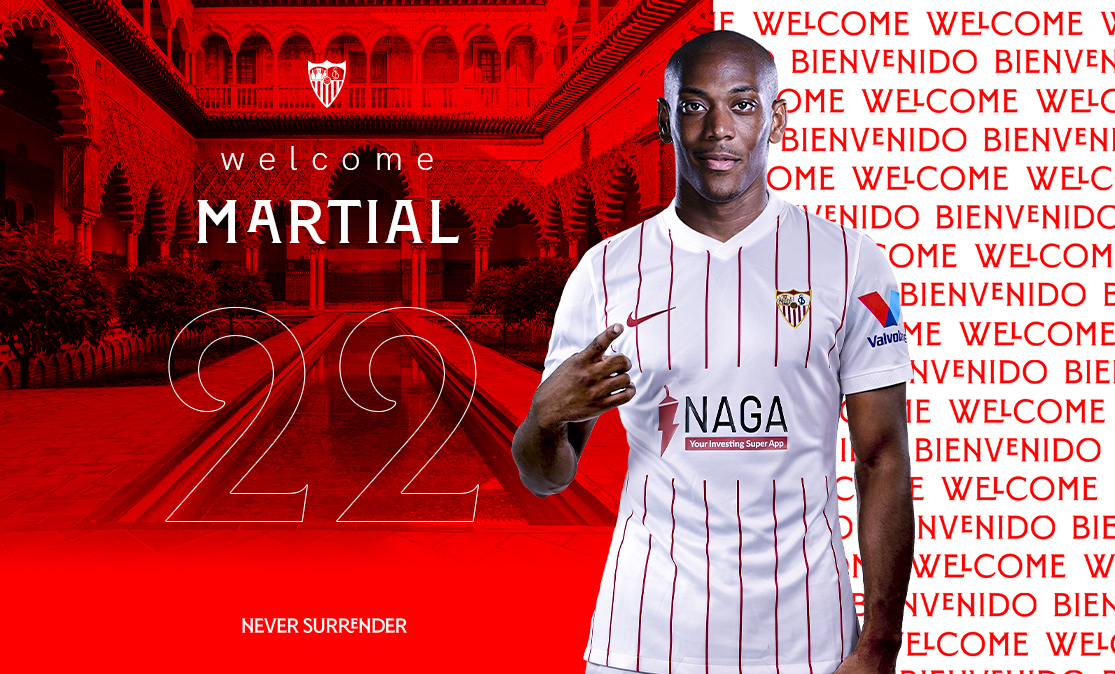 Sevilla FC and Manchester United FC have reached an agreement which will see Anthony Martial, born in Massy, France on 5th December 1995, join the club on loan until the end of the current season. The club have completed a major signing and have strengthened their attacking options, with the player able to play either as a striker or on either flank, preferably on the left, where he can cut inside.

Martial began his career at Olympique Lyonnais in the 2012/13 season, making his debut in the UEFA Europa League, which he would go on to win a few years later. He featured on four occasions in all competitions that season, including in Ligue 1. He then moved to AS Monaco, where he played for two full seasons. He went on to make 70 appearances for the club, with matches across Ligue 1, the two French cup tournaments and the UEFA Champions League, featuring in Europe's elite competition for the first time aged 19. He clocked up fifteen goals and eight assists in his time there. His performances for Monaco, particularly in the 2014/15 campaign when he burst onto the scene, helped him to secure a call-up to the national team from Didier Deschamps, after playing for the lower age groups. He made his full international debut in September 2015 against Portugal.

Martial's best season was 2019/20, when he scored 23 goals and assisted another 12 for Manchester United

In September 2015, he made the move to Manchester United, with the English club spending 60 million euros to prise him away from France. In his first season, he netted on 17 occasions and set up another nine in all competitions. In the two seasons afterwards, he did not score as many goals, but made up for that with more assists, scoring 19 and assisting 17 in those two campaigns. In 2016/17, the Frenchman was part of the Manchester United squad that won the UEFA Europa League, beating Ajax in the final. Manchester United also picked up the EFL Cup that year, taking Martial's trophy haul at the club up to four, after winning the FA Cup and the Community Shield in 2016.

His best season was yet to come, however. In the 2019/20 season, the attacker made nearly fifty appearances in all competitions and scored on 23 occasions, including 17 in the Premier League, whilst setting up another 12 goals for his teammates. Despite the fact that he did not start as often for United since then, Deschamps continued to call him up for international duty, and he was part of the squad that won the UEFA Nations League against Spain in October. In total, Martial has 30 international caps, and has scored twice and assisted a further eight.