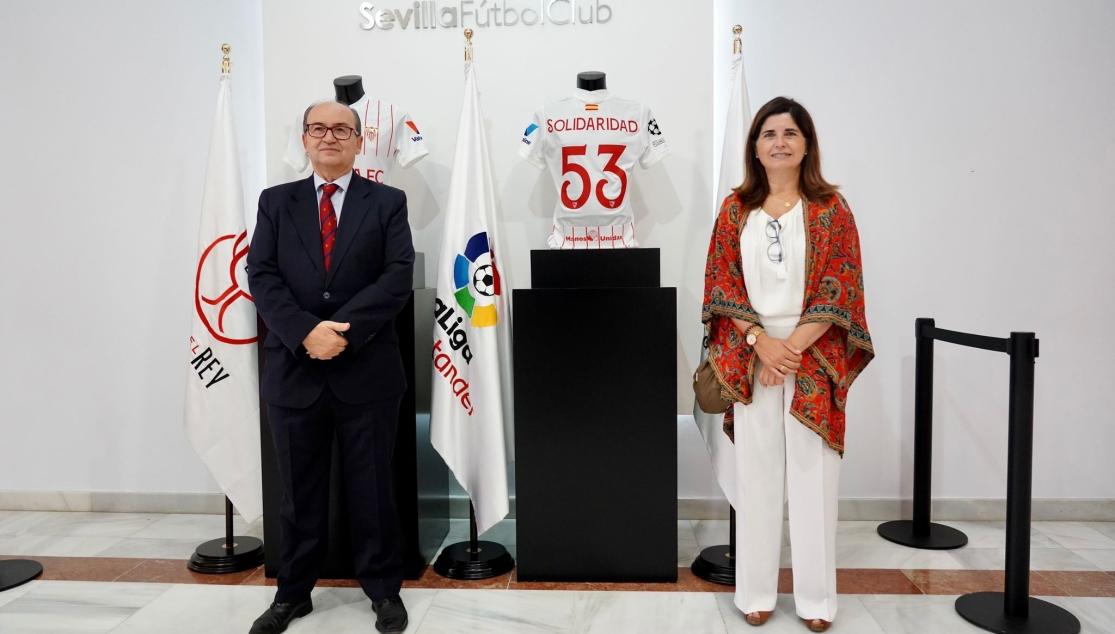 The return of the UEFA Champions League to the Ramón Sánchez-Pizjuán is just four days away, and fans will be present at the stadium for a Champions League match for the first time since 2018. Today, the agreement between the Sevilla FC Foundation and Manos Unidas, announced in July, was presented. The logo of Manos Unidas will appear for the first time on a team's shirt. It will be on the back of the shirt, underneath the number, a space which, in UEFA competitions, is allowed to give visibility to NGOs.

This morning, the President of Manos Unidas in Seville, María Albandea, and the Vice President, Antonio Jesús Calero, attended the Ramón Sánchez-Pizjuán to meet Club President José Castro to present the agreement. After visiting the Sevilla FC Stadium Tour, the representatives of both organisations posed next to the shirt which the team will wear on Tuesday against FC Salzburg. The shirt had the name SOLIDARITY and the number 53, the number of countries in which Manos Unidas operates, across three continents.

Manos Unidas in an NGO developed by the Catholic Church which works to help southern towns in their development and raising awareness amongst the Spanish population. It is a volunteer, non-profit, Catholic and secular NGO. In 2020, 506 projects were approved in 53 countries in America, Asia and Africa.